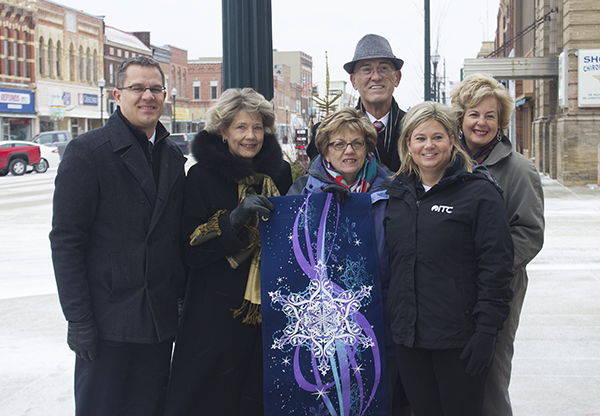 A handful of local organizations have come together to spruce up Albert Lea’s downtown holiday decorations.

The former decorations had been used since about 2000 and were last repaired about six years ago. City Manager Chad Adams said the condition of those decorations was to the point where they were beyond spending money for repairs.

Spruce tips and evergreens will be placed in the large flower pots, along with some large Christmas bulbs and boxes decorated to look like presents.

“The city benefits immensely from collaborations such as the holiday decorations downtown,” Adams said. “The city has recognized the past number of years that we could not alone accomplish the task of acquiring, installing and maintaining new decorations.”

He noted, however, that through collaboration on the new design, and through multiple funding partners and city workers installing the decorations, the community was able to receive more.

Kehr said if people are interested in helping expand the decorations next year, they can send donations to the Albert Lea Chamber Foundation.

The decorations come as the downtown is gearing up for a holiday bazaar Dec. 11.

Crafts, arts and home-based vendors will be in the downtown buildings, and there will be horse drawn trolley rides and a visit from Santa Claus.

“We want to show our downtown off,” said Susie Petersen, executive director of the Albert Lea Convention and Visitors Bureau.