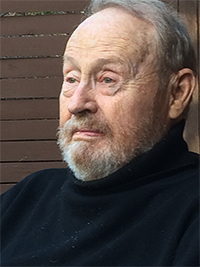 A Navy air intelligence officer in the early ’50s, Peterson served as lieutenant. He spent two tours of duty in the Far East aboard the aircraft carriers Yorktown and Essex. He had a Bachelor of Arts from Carleton College, a Master of Arts from Middlebury College, and a Ph.D. from Colorado University. At Colorado College from 1961 until his retirement in 1995 he was chair in romance languages, director of special projects, director of development, dean of summer session and tennis coach.

Professor Peterson served on the board of the Pikes Peak Library District, the Colorado Springs School and the William Palmer Foundation. He was a longtime member of Grace Episcopal Church and served as Head Warden of its Vestry in the 1970s.