James Edward Donovan was born Aug. 10, 1944, in Minneapolis, the son of Dr. Daniel Leo and Catharine Donovan. He passed away from esophageal cancer Monday, Nov. 10, 2014. 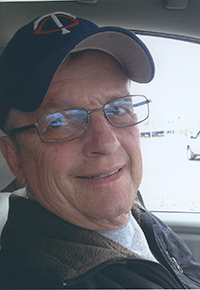 Jim was raised in Albert Lea. He attended St. Mary’s College in Winona, graduating in 1966. Jim spent three years in the U.S. Army, one year of that duty in Vietnam. He taught in Winona and Dubuque, Iowa, before moving to Cottage Grove, where he taught for 33 years. He received his Masters of Science in elementary education from University of Wisconsin, River Falls in 1974.

His parents and one sister, Mary Catharine, preceded him in death.

He married Myrna (Jahnke) Donovan and is survived by his wife of 47 years; his daughters Kaye (Bill) Urick and Laura (Sean) Murphy; five grandchildren, Joey, Katie, Donovan, Finley and Danny; one brother, Tom; the entire Jahnke family; three cousins; their spouses; many nieces and nephews; and a host of good friends.

There will be a private family burial at a later date.

In lieu of flowers, the family will donate memorials to Hospice Care and Esophageal Cancer Research.