A celebration of life is planned for Alan Jeffrey Zoller, 64, from 3 to 6 p.m. Jan. 3 at Eddies Bar in Albert Lea.

Alan was born May 30, 1950, to Wilma LaRue (Sondergard) Zoller and Wilbur Hugo Zoller in Albert Lea. Alan attended Albert Lea Senior High School and Austin VoTec. He spent many years as a construction worker for various companies throughout Minnesota before becoming disabled. 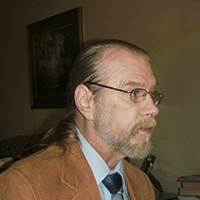 Alan spent his time collecting coins and loved the outdoors. He enjoyed hunting, fishing, camping and especially the Rendezvous. Alan was very active in Rendezvousing for many years and loved spending that time with his friends.

Alan died at home in Kiester Saturday, Dec. 13, 2014, after a courageous battle with cancer. Alan was preceded in death by his father, Wilbur Zoller; sister, Kathy Reynolds; and his grandparents.