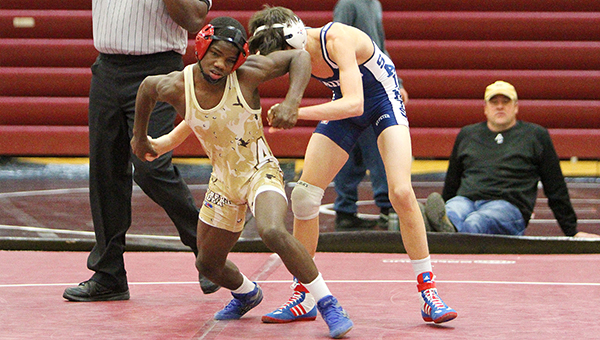 Wrestling powerhouses continue to fall at the hands of Albert Lea.

The Tigers, ranked No. 4 in Class AA, beat all five of their opponents, including the defending Class A state champion, Saturday to win the New Prague tournament.

That followed a win over the defending Class AAA state runner-up, Prior Lake, the previous Saturday at Hastings.

“We’re on a roll,” said Albert Lea coach Larry Goodnature. “With this group of kids, we have a lot of talent.”

That depth will be important throughout the season and into the postseason, Goodnature said.

“Some weight classes we have two kids, so we’re getting a lot of guys varsity experience,” he said. “It’s important in case someone gets sick or hurt. We don’t drop down as far as talent goes. The competition in the room is great.”

With Saturday’s wins, Albert Lea improved to 10-0 as a team with five undefeated individuals: Joe Peterson at 106 pounds, Zach Glazier at 113, Garrett Aldrich at 120, Tim Christianson at 195 and Triston Westerlund at 220.

Against Chatfield, the Tigers started with five straight wins, and the match featured three bouts with both wrestlers in the state polls.

The Tigers’ closest match was against New Prague. Albert Lea built a 26-0 lead by winning the first six bouts. New Prague bounced back by winning the next five, but wins by Christianson at 195 pounds and Westerlund put the Tigers over the top.

Goodnature said the mood is positive in the wrestling room.

“With this team, I’ve noticed they’re close,” he said. “They hang out together and like each other. They push each other.”

The Tigers have 44 wrestlers on the roster and not one has quit, Goodnature said.

Next, the Tigers will host a triangular against Mankato East and Winona at 5:30 p.m.