AUSTIN — A 22-year-old Albert Lea man pleaded not guilty on Monday to sexually assaulting a Mower County boy younger than 13. 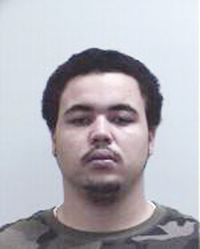 According to a court complaint, Conner allegedly abused a boy over a period of two years from 2011 to 2013. The victim’s mother and sister reported the abuse to the police last month.

The mother reportedly told Austin police the victim would get “night terrors” at the same time many nights, which could have been when the abuse took place.

Conner was arrested Nov. 5 for violation terms of his release.

A pretrial hearing is slated for April 17.  He posted bond on Dec. 1 and has been forbidden to make contact with people under the age of 18.

The first-degree charge carries a maximum penalty of 30 years in prison, a $40,000 fine or both.