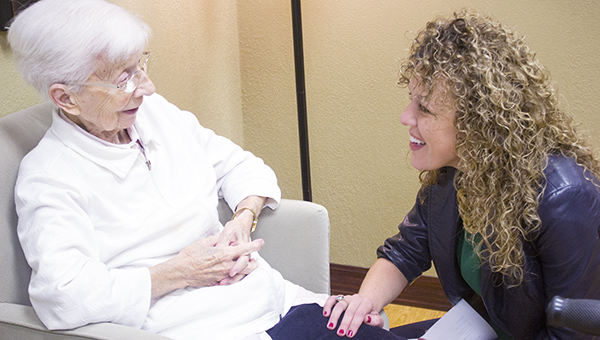 Good Samaritan Society of Albert Lea has seen some major changes in the last three years as it strives to have more person-centered care.

Instead of having separate nursing assistants, housekeepers, activities staff and other workers, the staff are trained in all of these areas and perform multiple job duties — a universal worker approach.

The goal, said Administrator Katie Davis, is to know the ins and outs of each resident and for the health care workers to build closer relationships with the residents. 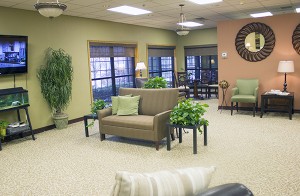 Good Samaritan Society of Albert Lea has undergone major remodeling in a portion of its building to give it a more modern feel. – Sarah Stultz/Albert Lea Tribune

“The whole goal is to be completely person-centered,” she said.

The changes go hand in hand with the nursing home’s shift toward a household model of care — and away from a more institutionalized feel.

The residents, who Davis calls “elders,” are broken up into smaller groups. Instead of all of the residents going to meals in a large cafeteria, they go in these smaller groups to multiple dining rooms throughout the care center.

“Elders get to know each other and become friends,” she said.

They also get to know their nurses and other staff better.

Davis said the care model has been in place at Good Samaritan for at least three years.

“The goal is simply consistent staffing, where it’s the same people on each individual station,” she said.

The changes come as the nursing home is also in the middle of a major remodeling project.

Davis estimated that the first of three phases is completed and includes everything from new flooring, wall decor and window treatments. She said several donors contributed to this project.

“The goal is to provide a welcoming environment, not only for our elders and our employees but the people visiting,” she said.

The upgrades give the place a less institutionalized and more modern feel. 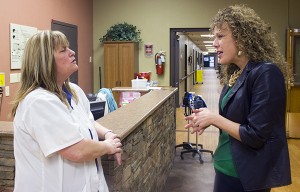 Another change coming at Good Sam is training in a philosophy known as the Eden Alternative. Davis said staff leadership have gone through 11 weeks of training that focuses on reducing boredom, helplessness and loneliness among the residents, and now they are rolling out the philosophy to the rest of the staff.

She said this philosophy focuses on strengthening relationships and noted that having close relationships can reduce the feelings of boredom, helplessness and loneliness.

“I’m super excited and passionate about it,” she said.

Davis last month was awarded a Grassroots Advocacy Award at a state convention by Care Providers of Minnesota for her efforts to advocate for senior care issues.

A press release states Davis was chosen for the award because of her demonstrated commitment and enthusiasm for grass-roots advocacy.

She has hosted forums, written letters, called her legislators, voiced her opinion and lobbied at the Capitol in St. Paul for long-term care efforts.

“Katie personifies the true spirit of grass-roots advocacy,” said Patti Cullen, CEO and president of Care Providers of Minnesota in the release. “Katie is active and interested in political advocacy, routinely asks what more can be done and encourages others to step up and get involved.”

Davis said the issues she was primarily concerned about were the state nursing home reimbursement rate and employee wages.

“It was very humbling to be given something like this,” she said. “It speaks volumes of our center and of our staff.”

She hopes to continue these efforts in the upcoming legislative session.