Memorial services for Elaine Audrey Loheide, 91, of Albert Lea will be held at 11 a.m. Monday at First Lutheran Church in Albert Lea. The Rev. John Holt will officiate. Interment will be at a later date. Visitation will 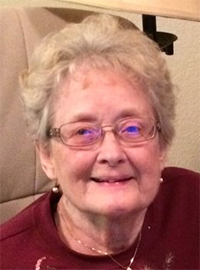 be one hour prior to the service at the church. Online condolences are welcome at www.bayviewfuneral.com.

Elaine Audrey Loheide was born on Sept. 15, 1923, in St. Peter, the daughter of Eric Lyle and Myrtle Harriet (Osman) Swancutt. She grew up in Rochester and Faribault. In 1941 Elaine graduated from Faribault High School.

After graduation she was united in marriage to Wilfred Ring at a lutheran church in Faribault. After Wilfred’s discharge from the U.S. Army the couple made their home in Albert Lea. Together they had three children: David, June and Catherine. Elaine worked for many years as a realtor in Austin. She was the first woman realtor in Austin. She later worked for Mower and Freeborn County Welfare offices. On April 11, 1970, Elaine was united in marriage to Robert Loheide at First Lutheran Church in Albert Lea. Together they lived in Austin, Fort Dodge, Iowa, and Utah before returning to Albert Lea.

Elaine was always active in volunteering at the church she was a member of; she was currently a member of First Lutheran Church. Elaine was also a member of the American Legion Auxiliary. She enjoyed dancing, quilting and playing bridge. Blessed be her memory.

Elaine was preceded in death by her parents and husbands.

Memorials are preferred to Peace and Power.