Gary Lee Wipplinger, 61, of Tacoma, Wash., formerly of Kiester, died Monday, Dec. 8, 2014, at Primrose Retirement Center in Austin. Funeral services will be at 2 p.m. Monday at Our Savior’s Lutheran Church in Kiester. Visitation will be one hour prior to services at the church. Interment will be in Our Savior’s Lutheran Cemetery, and the Rev. Katie Pals will officiate. Military honors will be provided by the Kiester American Legion Post No. 454. Please see www.brussheitner.com to leave online condolences. Bruss-Heitner Funeral Home of Wells is assisting the family. 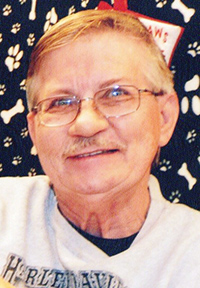 Gary Lee was born July 2, 1953, the son of Leo G. and Audrey G. (Cox) Wipplinger in Wells. He was baptized at St. Paul’s Lutheran Church and confirmed at Our Savior’s Lutheran Church in Kiester. Gary graduated from Kiester High School in 1971 and went on to attend Albert Lea Technical College.

In 1973 he enlisted in the United States Army and was honorably discharged in 1976. Gary resided in Colorado where he studied to become an electrician working through IBEW 68. In 1982 he moved to the state of Washington, working for IBEW 76 and making his home in Tacoma. He participated in donating his time along with others from IBEW 76 for lighting on many community events in Tacoma, and was honored by the city with a brick in his name as a tribute to electricians for their volunteer work on the waterfront of Tacoma.

His union family was a big part of his life in Washington, along with his neighbors Mike and Cheryl. Gary was an avid Harley fan, building his own motorcycle and also designing the painting and graphics. He only entered one motorcycle show and won the Best Paint award and received a trophy. During his last illness he moved back to Austin to be close to his sister and family. He loved his time spent with family and friends.

He is preceded in death by his parents; and his aunts and uncles Sharon Wipplinger, Gwendolyn (Keith) Rowley and Lois (Jim) Folven.