Memorial services for Harold Clayton Kuchera, 73, of Hayward will be at 1:30 p.m. Thursday at Hayward Lutheran Church. The Rev. Joel Erickson will officiate. Interment will be at Hillcrest Cemetery. Visitation will be one hour prior to the service at the church. Online condolences are welcome at www.bayviewfuneral.com. 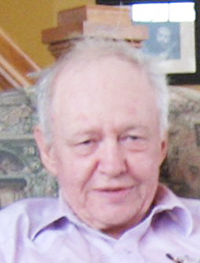 Harold Clayton Kuchera was born Feb. 14, 1941, to Charles Kuchera and Eleanora Knudtson. Harold grew up in Glenville and graduated from Glenville High School in 1959. After graduation he enlisted in the United States Navy. In 1964, Harold was honorably discharged. When he returned he worked at Streater for several years before working at Wilson & Co. until his retirement. Harold also drove a school bus for many years.

In August of 1966 Harold was united in marriage to Deanne Will in Ellendale. He was a member of Hayward Lutheran Church, the Albert Lea Gun Club, the Eagles and the American Legion. Harold enjoyed reading Westerns, participating in threshing shows every summer and, more recently, working at the Albert Lea Farmers Market.