Funeral services for Irene M. Scott will be at 2 p.m. Tuesday at the Bonnerup Funeral chapel in Albert Lea. Deacon Michael Ellis will officiate. Visitation will be from 5 to 7 p.m. today at Bonnerup Funeral Service in Albert Lea. Interment will take place at Graceland Cemetery. Irene passed away Dec. 27, 2014, at Thorne Crest Retirement Community. She was 84. 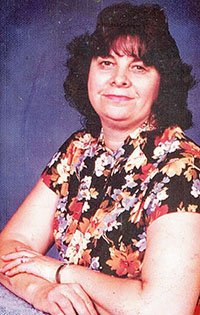 Irene was born April 2, 1930, to Frank and Mary (Vleck) Donat in Eden Prairie. She cherished growing up on a farm with all of her brothers and sisters. She attended Eden Prairie High School and later received her GED in Albert Lea. Irene worked as a nurse’s aide at Thorne Crest Retirement Community as well at St. John’s Lutheran Community. She was also a mailer for Cedar Valley Services.

Irene was united in marriage to Walter D. Scott May 1, 1955. The couple later divorced. Irene was blessed with six children. Irene has been a member of St. Theodore Catholic Church since 1979. In her early years Irene enjoyed gardening and growing flowers and plants. She collected plates and other various dishes, as well as angels. Irene was an animal lover and had a special place in her heart for her cats. Irene will be remembered for her love and patience. Most of all, Irene loved her family.