Editor’s note: The Minneapolis bureau of the Associated Press lists the top stories for Minnesota each year but does not rank them.

By the Associated Press

MINNEAPOLIS — Some events that grabbed Americans’ attention the most in 2014 played out on a smaller stage in Minnesota, from questions of race and policing to Ebola, terrorism, and the Republican resurgence. Former Gov. Jesse Ventura returned to the national stage when he won a defamation lawsuit against the estate of the deadliest sniper in U.S. military history. Minnesota decided to join other states in experimenting with medical marijuana. And as the nation shivered through a polar vortex, Minnesota led the way.

Tensions between blacks and police that convulsed Ferguson, Mo., and other cities across America reverberated in Minnesota. A rally in Minneapolis turned scary when a car struck a protester in November. Demonstrators blocked Interstate 35W for several hours as they marched on Minneapolis City Hall in December. Three St. Paul police officers were cleared of using excessive force against a black man in a skyway in January. A backlash erupted on social media in November after police accused Minneapolis Mayor Betsy Hodges of flashing a gang sign when she posed for a photo pointing at a black get-out-the-vote worker in an affair quickly dubbed “Pointergate.”

The Ebola outbreak in West Africa hit home in Minnesota, which shelters one of the largest Liberian communities in the U.S. The first American to die in the epidemic was Patrick Sawyer, who divided his time between Coon Rapids and his native Liberia until his death in Nigeria in October. Health officials began monitoring travelers returning from the affected countries this fall. Four Minnesota hospitals became designated treatment centers. The Minnesota-based American Refugee Committee sent medical responders, including some Liberian-Americans, to Africa to help. The Minnesota National Guard said in November that it would send about 700 soldiers to Liberia in 2015.

Some Minnesotans joined the thousands of foreigners drawn to the war in Syria in 2014. Douglas McAuthur McCain, who grew up in New Hope, was killed there in August. U.S. officials say he was fighting for the Islamic State group. In November, prosecutors filed terrorism charges against two Minnesota Somali men who allegedly planned to fight for the group, too. Andy Luger, who became U.S. attorney for Minnesota in February, won praise from the Somali community for his outreach efforts toward plugging the pipeline. 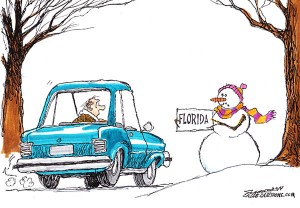 Even by Minnesota standards, the winter of 2013-14 was awful. A polar vortex sent temperatures plunging well below zero across the Midwest last January. The National Weather Service rated it the ninth-coldest winter on record in the Twin Cities, the most frigid since 1978-79. It was the fifth-coldest on record in St. Cloud. Embarrass recorded 32 days with lows of minus-30 or colder. Winter gave way to one of the wettest Junes ever, with flooding across the state. Minneapolis got over 4 inches of rain on June 19 alone. 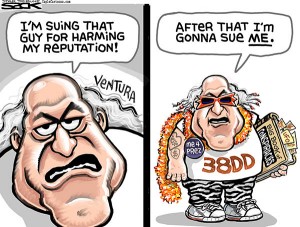 A jury awarded $1.8 million to former Minnesota Gov. Jesse Ventura in his lawsuit against the estate of late “American Sniper” author Chris Kyle in July. The jury decided Kyle defamed Ventura when he claimed to have punched out Ventura at a California bar for bad-mouthing the Navy SEALs in 2006. Kyle later identified him as Ventura, who was there for a SEAL reunion while Kyle attended a wake for a fallen SEAL. Ventura testified the fight never happened but that the story made him an outcast in the SEAL community.

Republicans retook the Minnesota House in November but failed to oust Democratic Gov. Mark Dayton or win any other statewide races. That sets up a new power-sharing dynamic starting in 2015 that will contrast with two years of Democratic control. Democrat Al Franken returned to the U.S. Senate with an easy victory over GOP challenger Mike McFadden, in stark contrast to Franken’s 312-vote recount win over Norm Coleman in 2008.

The 2014 session was marked by Democratic initiatives to boost the minimum wage and bipartisan efforts to fix public infrastructure and use the budget surplus to trim taxes. House Speaker Paul Thissen said it was one of the most productive sessions in memory. But Minority Leader Kurt Daudt said it showed that two years of single-party power with Democrats in charge didn’t serve Minnesotans well because spending and some taxes went up. 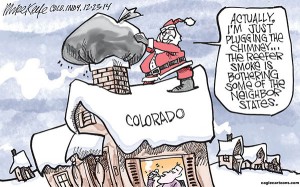 A cautious Legislature approved a limited approach on medical marijuana. The law signed in May restricts it to pill, oil or vaporized forms — no smoking allowed. And it limits legal use to just a handful of serious conditions such as cancer, HIV and AIDS. The state later selected two companies to grow and distribute cannabis for the program, which is expected to distribute products from eight sites across the state starting next summer.

Some of the same forces that legalized same-sex marriage in Minnesota in 2013 turned their attention in 2014 to protecting children from school bullies. And some of the same forces that fought gay marriage couldn’t stop the anti-bullying bill either. The same cultural divide was on display late in the year when the Minnesota State High School League, after months of contentious debate, approved a set of guidelines for transgender students participating in prep sports. 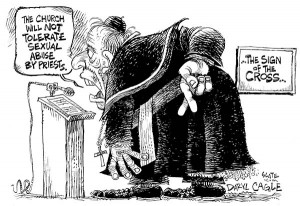 The Archdiocese of St. Paul and Minneapolis and the Diocese of Winona settled a lawsuit by agreeing to new measures to keep children safe from abusive priests. The lawsuit was believed to be the first in the country to test the idea that church officials had created a public nuisance by how they handled clerical sexual misconduct. Attorney Jeff Anderson used the lawsuit to force the disclosure of tens of thousands of church documents and the names of dozens of accused priests. He also got to take depositions from Archbishop John Nienstedt and other top Catholic Church officials. While Nienstedt ruled out resigning, the archdiocese would not rule out filing for bankruptcy.