A 38-year-old Rose Creek man is facing a second-degree drug sales charge for allegedly selling methamphetamine to an undercover officer in March in Albert Lea. 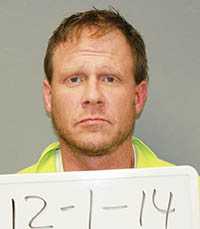 Joshua William Kuhlmann made his first appearance Monday on the charge in Freeborn County District Court.

Court documents allege Kuhlmann sold almost 6 grams of crystal meth for $500 out of his girlfriend’s car on March 10 in the Walmart parking lot, 1550 Blake Ave.

The sale was reportedly documented with a digital recorder and had been arranged with the help of a confidential informant through the South Central Drug Investigation Unit.

He faces a presumptive sentence of five years and eight months in prison if convicted.

He is slated to appear in court Dec. 18.