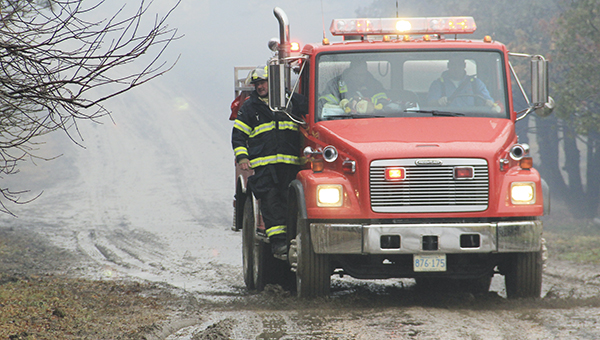 Firefighters drive down the driveway of 85295 290th Street in rural Freeborn County Monday afternoon. Several departments responded to a fire at a hog barn after 11:30 a.m. — Jason Schoonover/Albert Lea Tribune

NEWRY TOWNSHIP — Hundreds of hogs perished in a fire at a rendering barn in Newry Township Monday morning.

The cause of the fire, at 89529 290th St., is unknown at this time, according to Glen Strom, chief deputy with the Freeborn County Sheriff’s Office. The State Fire Marshal’s Office has been called in to investigate. 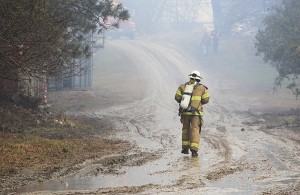 Owner Dennis Magnuson had 6,000 hogs at the site in three barns. Strom said only one barn caught fire, and it was a total loss.

Though the total number of hogs that died has not been determined, Strom estimated hundreds — if not even a thousand — died.

The owner and employees saw flames coming from the building and reported it to authorities at 11:31 a.m. The fire spread to the entire barn, and at one point the barn was fully engulfed. 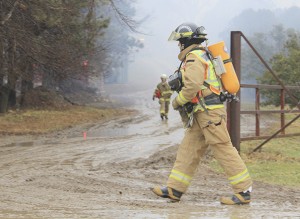 Strom said the owner and employees were able to save some hogs and others escaped. He did not have an estimate on how many were rescued.

He said the fire was under control about two hours later.

The barn was a few miles west of the Freeborn-Mower Road.