Sing in the season 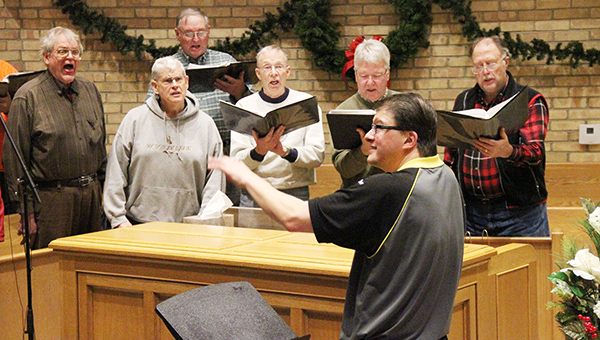 North Mankato resident Jim Wirtz directs the Harmony Junction Barbershop Chorus during practice Tuesday night at the United Methodist Church of Albert Lea. There were 17 men singing, though the entire chorus was not present. They hail from places across the region: Albert Lea, Alden, Geneva, Wells, Freeborn, New Richland, Hartland, Emmons. Kiester and Ellendale. The chorus and the Albert Lea Community Band are set to perform at 3 p.m. Sunday at the United Methodist Church and at 7 p.m. the same day at St. Theodore Catholic Church. – Tim Engstrom/Albert Lea Tribune