Woman injured in crash at I-35, East Main 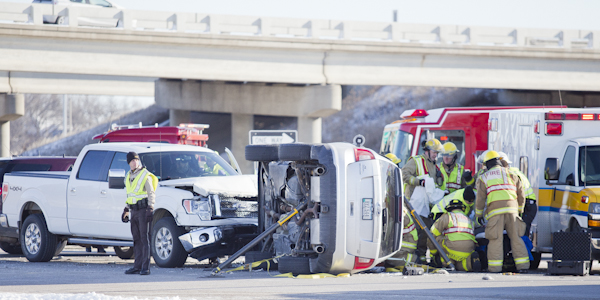 A Mason City woman was injured Monday afternoon in a broadside collision at the intersection of East Main Street and Interstate 35.

Adamski was reportedly turning onto the southbound I-35 on-ramp from County Road 46 in a 2011 Ford Edge when she was struck by a 2010 Ford pickup driven by Jerald A. Cartin, 66, of Hollandale, according to the Minnesota State Patrol.

The report stated Cartin was southbound on I-35.

The vehicles collided, and the Ford Edge rolled.

Cartin and Adamski’s passenger, Jacob E. Adamski, 15, of Mason City were not injured.

The report stated all occupants were wearing their seat belts and no alcohol was detected.

The roadway was dry at the time of the crash.