Tony Joe Dooley was born March 6, 1955, to Burrel and Dora (Sherman) Dooley in Albert Lea. He graduated from Albert Lea High School and attended Albert Lea VoTech.  Tony completed a 20-month culinary school program in 10 months. He had an appreciation for cooking and shared his talent when he owned and operated two restaurants. He was a supervisor for Wilson & Co./Farmstead and Quality Pork Processors and he enjoyed the people he met while he sold cars for USEMs in Austin for 10 years. He worked for Vestas American Wind Technologies the last five years until he became ill. 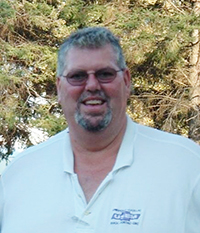 Tony enjoyed baseball, bowling, hockey and football and he won the doubles tennis championship in 1970 when he played for the Albert Lea High School team. He was also an avid fisherman.

Tony’s true passion was writing. He loved to write poems, obituaries and songs. He was a gifted songwriter, having written over 100 songs during the past 10 years. He shared his gift with family, friends and acquaintances by writing songs and poems that were specific to each person and event.

He was preceded in death by his parents and two brothers, Jerry and Tommy.

A memorial service will be at 2 p.m. Saturday at Clasen-Jordan Mortuary with the Rev. Ken Petzold officiating. Friends may call from 1 p.m. until the time of the service. Memorials are preferred to the family.