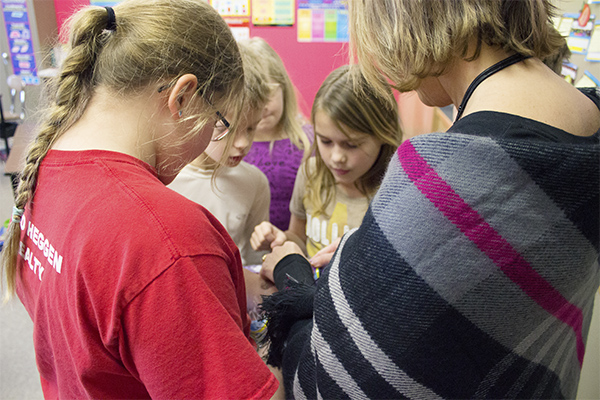 WELLS — As the first semester comes to a close for United South Central School, students and staff have nothing but positive remarks for the new building. 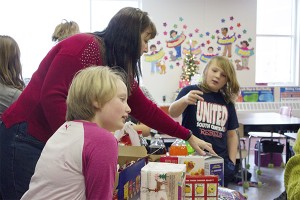 The only problem that they’d really encountered so far is traffic patterns in the commons area. The commons area is where students eat their lunch. As it is a central location in the building, many main hallways lead to it and Schlaak and Magnuson said students would cut across the commons while heading to class.

With a little supervision and explanation, however, the students listened and the traffic pattern issue was fixed, Magnuson and Schlaak said.

In fact, students and staff have been very patient and helpful, the principals said.

And the commons area has proved to be beneficial to the students in more than one way. Schlaak said that in addition to having a space to eat lunch, students have a place to sit down and work on homework or talk with friends before school. Before, students had to sit in the halls.

“They have a place now to be,” she said.

The community has also been extremely supportive of the school and new building, Schlaak and Magnuson said.

There have been two to three concerts in the new auditorium — including a kindergarten through fourth grade holiday concert, which hasn’t been held for many years according to Schlaak — and all of them have been filled to the point of standing room.

“It’s been a lot of firsts,” Magnuson said.

Looking to the future, Schlaak and Magnuson are excited for spring sports and for kids to be able to use the playground at the school. This year, students had to be bused to the old school for recess and sports.

Students at United South Central are also excited for their new school building. 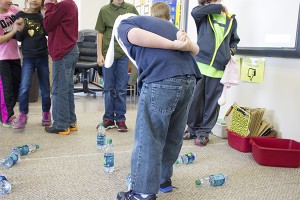 Brylee likes that there are more windows in the new building and also likes the iPads. The school recently rolled out their one-to-one program, where students get access to a personal iPad or Macbook Air.

Schlaak said the district waited to roll out this program until they were in the new building because of the school-wide WiFi and improved infrastructure to handle that many devices at once.

Fourth-grader Molly Wagner, who is in Karen Robbins’s class, likes that the school is bigger and also cleaner. She said the lockers are better, too.

As for the high school side, senior Amber Klein said the facilities and auditorium are impressive. She also said the weight room is cool.

Junior Wendy Martinez said she liked the tennis courts and high school gym, and said the school did a good job with the facilities.

Senior Chris Herman said he liked the football field and the stadium seats. He also praised the commons, saying it made it easier to find classrooms as the school was easily divided in half between high school and elementary school.

Klein echoed the statement, saying the school is much more organized. Classrooms of the same subject are grouped together, she said.

Herman said he also likes the school is all on one level. The old building had three floors.

“The whole environment is great,” Klein said. “It’s a place that we want to be.”

United South Central students had their last day of school before winter break on Friday. School will resume on Jan. 5, 2015. After returning from break, the students have three weeks left in the first semester.