Wessel “Wes” Fredrick Bos, 73, of Austin died Tuesday, Dec. 16, 2014, with loved ones at his side at Good Samaritan Society of Albert Lea. 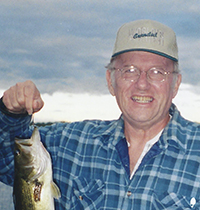 He is survived by his loving wife of 51 years, Patty, of Austin; daughters and sons-in-law Kathy Hatteberg of Owatonna; Karen and Shane Waletzke of Austin, and Lisa and Troy Nelson of Austin; four grandchildren, Amanda, Derek, Terra and Lauren; and five great-grandchildren, Jaxon, Griffon, Madalynn, Mason and Gavin. He is also survived by his sister and brother-in-law Alvina and Robert Barclay of Austin; brother and sisters-in-law Robert and Shirley Bos of Austin and Darlene Bos of Austin; and cousins, nieces and nephews.

He was preceded in death by his parents Esther and Fredrick Bos; stepfather, Johnny Movrin; sister and brother-in-law Darlene and Virgil Loux; and brother, William Bos.

It was Wes’ choice to be cremated and in place of a funeral, hold a celebration of life. Friends and family may call to help celebrate his life from 2 to 4 p.m. Saturday at Clasen-Jordan Mortuary.