Celebrating faith in the classroom 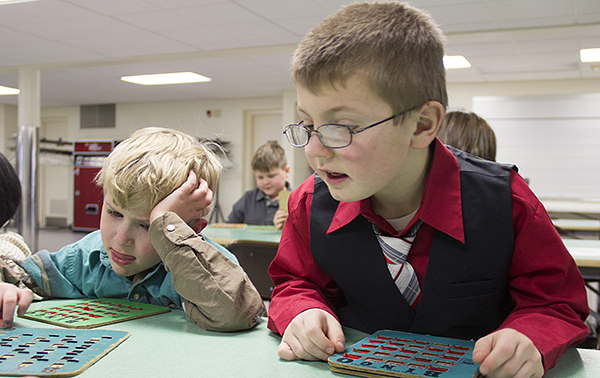 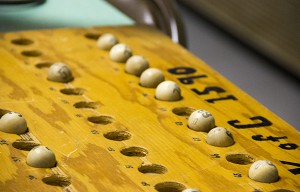 Bingo numbers written on balls are placed into their corresponding places on this board as they are called Wednesday during a game of bingo at St. Theodore Catholic School. – Sarah Stultz/Albert Lea Tribune

As part of Catholic Schools Week, students in pre-kindergarten through fifth grade are taking part in dress-up days and other events after lunch each day of the week. The aim is to highlight the role of the school in the community of Albert Lea and Freeborn County.

“We join together to be a Catholic school and celebrate that we can share our faith in the classroom,” said Principal Sue Amundson.

Monday was Hero Day, where the children dressed up like a role model in their lives. Tuesday was Wacky Twin Day, and Wednesday was Dress your Best Day.

Today was Hunt for Christ Day where the students could wear camouflage clothing and were slated to take part in a scripture scavenger hunt, and Friday is School Pride Day, when the children will get a chance to play outside in the snow near the Fountain Lake Park gazebo. 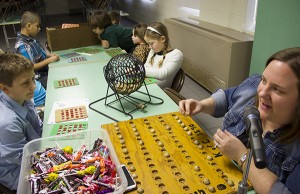 Third-grade teacher Amanda Lares at St. Theodore Catholic School reads off numbers during a game of bingo Wednesday at the school as part of Catholic Schools Week. The children at the school have various activities taking place throughout the week to celebrate their school. – Sarah Stultz/Albert Lea Tribune

So far this week, they have also decorated T-shirts, watched a movie and played bingo and other games. The grades have intermingled for the events to get to know each other better, Amundson said.

The week started with open house tours on Saturday and Sunday for families enrolling their children in the school next year. It was a chance to tout the school’s small class sizes and academically challenging classes, which is a place where students are taught to live like Jesus Christ.

Amundson said the theme for this year’s Catholic Schools Week incorporated faith, knowledge and service. The students will practice service next week with a Pennies for Patients fundraiser, which goes to support the Leukemia Foundation.

“This is our big celebration of the year,” she said.