Memorial services for Keith Bjerke, 77, of Clarks Grove will be at 10:30 a.m. Saturday at East Freeborn Lutheran Church. The Rev. Matt Griggs will officiate. Military honors will be accorded by members of the American Legion and VFW Honor Guard. Private interment will be in East Freeborn Cemetery. Visitation will be one hour prior to the start of the service at the church. Bayview/Freeborn Funeral Home is assisting the family. Online condolences are welcome at www.bayviewfuneral.com. 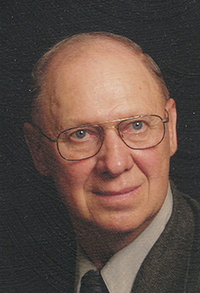 Keith Bjerke was born Oct. 15, 1937, the son of Melvin and Alma (Overland) Bjerke, in Albert Lea. He attended and graduated from Albert Lea High School. Following school he farmed with his father. He then enlisted and served his country in the U.S. Army. Keith was featured in the Farm Journal in 1969. He was a member of East Freeborn Lutheran Church where he was quite active, was a member of the Farm Bureau, and lived on the family farm, a Century Farm. Keith was on the East Freeborn Cemetery Board and was a mentor to many people. He had a special knack for inventing many different things. Blessed be his memory.

Keith was preceded in death by his parents Melvin and Alma (Overland) Bjerke and his brother Gerald Bjerke.