Kevin H. Sletten, 59, of Delavan, passed away peacefully Thursday, Jan. 1, 2015, at his home. Memorial services will be held at 10:30 a.m. on Monday at Bear Lake Concordia Lutheran Church with the Rev. 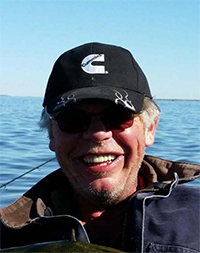 Private burial will be in Bear Lake Cemetery. Visitation time will be from 1 to 3 p.m. on Sunday at Spencer‑Owen Funeral Home, 345 Sixth Ave. S.E. in Winnebago and one hour before the service at the church. Web tributes may be left at www.spencerowen.com

Kevin was born June 21, 1955, in Albert Lea, the son of Henry and Anna Mae (Hodges) Sletten. He was a 1974 graduate from Albert Lea High School. He married DeAnn E. Nelson on Jan. 25, 1975, in Albert Lea. Kevin worked as a licensed electrician with different companies for over 25 years.

He enjoyed many family vacations, boating, camping, fishing, riding his Harley, remodeling family projects and most of all spending time with his family and friends.

He was preceded in death by his parents; brother, Steven; father-in-law, DeWain Nelson; and brother-in-law, Douglas Nelson.