Dennis Richard was born April 21, 1939, in Topeka, Kansas, to Ferdinand W. and Audrey Y. (Nelson) Wehrhan. As a child his family moved to the Albert Lea area where Dennis attended school.

On Aug. 8, 1959, Dennis was united in marriage to Nadine Rae Janike at First Lutheran Church in Fairmont. Dennis and Nadine resided in Lansing for over 45 years. Dennis was an OTR truck driver since the age of 21. He was proud of having achieved the “over 1 million miles safe driver” distinction before his health forced him to retire at the age of 54. A member of the local Teamsters Union, Dennis loved the outdoors and was an avid hunter and fisherman. He also enjoyed time spent with his family and friends in northern Minnesota. 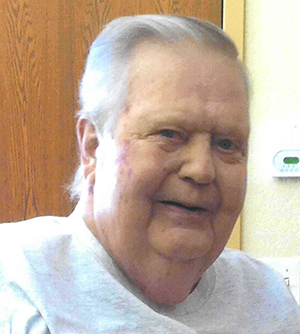 He was preceded in death by his parents; twins Scott and Susan at infancy; and siblings Robert, Everett, Kenneth and Florence.

Private family services are planned. Memorials in Dennis’s memory may be directed to Heartland Hospice, Minnesota DNR or the donor’s choice. Condolences may be expressed to the family online at www.worlein.com.