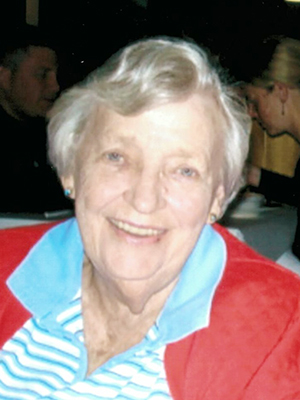 Doris was born Nov.12, 1924, in Riceland Township, Freeborn County, the daughter of Nels and Hannah (Peterson) Larson. She was raised in Lerdal and graduated from Alden High School. She was united in marriage to Jochem “J.C.” Kraay on May 22, 1943, in Clarks Grove. J.C. served in the armed forces and after his service began farming near Hollandale. In 1956, he began farming with his brothers and formed Kraay Bros. Vegetable Farm in Owatonna. The couple moved to Owatonna in 1961. In 1976, J.C. joined his son David in Tonna Heating and Cooling and Doris worked in the office. The couple later made their home in Green Valley, Arizona, and would summer in Owatonna. They moved back to Owatonna in 2007. J.C. died in 2009.