A memorial service for Michael D. Oletzke, 58, of Fairmont will be at 6:30 p.m. Friday at the Lakeview Funeral Home chapel in Fairmont with military honors by the Lee C. Prentice American Legion Post 36 and Martin County Veterans of Foreign Wars Post 1222. Inurnment will take place at a later date. Visitation will be at 4:30 p.m. until the time of the service at Lakeview Funeral Home. 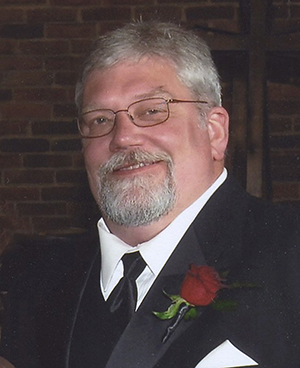 Michael passed away Saturday, April 11, 2015, at Methodist Hospital in Rochester. Lakeview Funeral Home and Cremation Service in Fairmont is in charge of arrangements.

Michael was born on July 6, 1956, in Albert Lea. He was the son of Howard and Gertrude (Ladwig) Oletzke. Michael grew up and attended school in Albert Lea, but graduated from high school in St. Louis Park. After high school he enlisted in the United States Air Force and was an avionic communication specialist radio mechanic from 1974 to 1978, and he was stationed in the Philippines. Upon his honorable discharge from the military, Michael moved back home to Albert Lea where he met his wife, Linda. They married on July 27, 1981, in Greeley, Colorado. They were blessed with two children, Dylan and Kelsey.

Michael attended Riverland Community College in Albert Lea, where he studied mechanical drafting and served as president of the Albert Lea chapter of the Vocational Industrial Clubs of America.  Upon graduation, the family moved to Fairmont where he began his career at Avery Weigh-Tronix as a draftsman. After a brief time working for Teledyne Aerospace Systems, Michael returned to Avery Weigh-Tronix where he most recently served as their CAD administrator.

Michael enjoyed watching and following all Minnesota sports teams. He was especially interested in baseball scouting and reference. His technical background provided an interest in technology and computers. He enjoyed being outdoors, whether it was gardening, the family camping trips or just sitting and enjoying his garden. He was an avid coin collector for many years and also enjoyed researching family ancestry. During the last few years Mike and Linda enjoyed traveling, which included a trip to Ireland for their 30th wedding anniversary and a trip to Hawaii. His greatest enjoyment came from spending time with his family and how his eyes would light up when “Punkee,” his granddaughter, Bayleigh, would come by to visit.