A step of faith: ALHS graduates to go on three-year mission trip 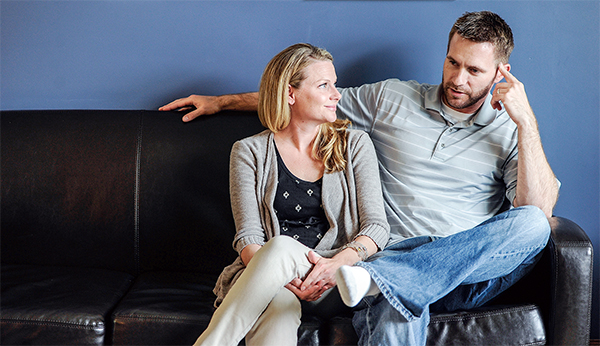 Holly and Dan Ravenhorst talk about their hopes and concerns as they talk about their upcoming three-year extended stay in Haiti, working with Back2Back Ministries. — Eric Johnson/Albert Lea Tribune

AUSTIN — Holly and Dan Ravenhorst and their three children are taking a step of faith and heading on a three-year journey to Haiti. 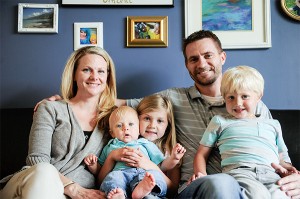 Dan and Holly Ravenhorst and their children Gerrit, from left, Ellery and Ethan will be moving to Haiti for a three-year stay, working with Back2Back Ministries. — Eric Johnson/Albert Lea Tribune

The Ravenhorsts are both Albert Lea High School graduates who now live in Austin. Dan Ravenhorst is originally from Hollandale.

The Ravenhorsts plan to leave their Austin home, careers, family and friends in Sepetmber to follow God’s call to work with Back2Back ministries and orphanages in Port-au-Prince, Haiti.

“I guess the No. 1 reason why we’re going is because God has called us there,” Holly said. “It’s not like we just kind of woke up one morning and said, ‘Hey let’s move our whole family to a third-world country.’”

The family will hold a fundraiser event at 6 p.m. Sunday at Faith Evangelical Free Church in Austin, 1800 12th St. SW, and will show the film “The Drop Box,” a documentary about orphans in South Korea. The event is free and open to the public.

The Ravenhorsts committed to the three-year journey about a year ago. The couple is familiar with Haiti. Holly traveled there four times and Dan has been there three times on past mission trips. They brought their children once, too.

The couple said every time they came back home, they felt as though they left a part of themselves in Haiti.

Dan, an accountant at Hormel Foods Corp. for about 11 years, will work as a financial controller of the ministry, dealing with day-to-day costs, working with administration of the ministry and helping with mission teams that come to Haiti. Holly, who has a background in child development, worked as a children’s ministry director at her church and taught preschool, will work in the orphanages with the children, assessing their needs and looking at how to better care for them. 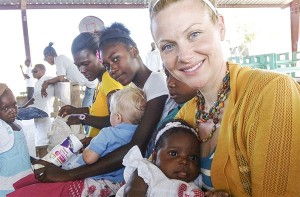 This trip will be the fifth trip to Haiti for Holly and the fourth for Dan, and their second as an entire family. — Provided

Holly explained the ministry works with a five-point child development plan, including looking at the spiritual, physical, educational, emotional and social needs of the children.

The goal for the children is to build relationships and learn to be self-sustaining, mature adults who can give back to the community when they are grown, breaking the cycle of poverty.

The Ravenhorsts have already sold their home and will sell most of their things since they will be gone for three years.

“It’s hard but there’s also a freedom in it,” Holly said.

“It’s difficult, but we see a lot of reward from this too,” Dan added.

The couple has to raise funding support for their journey to pay for living expenses, such as housing, health insurance, travel expenses, home furnishings like a generator, beds, tables, appliances, a vehicle and 24-hour security.

“We’ve met with people personally and just asked if they would be interested in being a part of what God is doing in Haiti, and we’ve gotten a really good response back,” Holly said. “We’ve been really encouraged through the process of gaining support, and have a lot of good people who have joined our team.”

The couple’s three children, Ellery, 7, Ethan, 3, and Gerrit, 10 months, will be home-schooled with another family joining the ministry from Ohio, and Holly will provide Ethan with preschool. Though this is something the Ravenhorsts feel strongly about, the move doesn’t come without fears. For example, what happens if they get sick or hurt — will they have access to the medical care they need?

“Us making this decision, it’s really just an act of faith,” Dan said. “Because you think about it from a worldly view — who wants to move to a third-world country?”

But the couple has one thing in mind, which is following God’s call and seeing him work through their obedience. Holly hopes above all the orphans they work with will get to know Jesus Christ as their Lord and savior.

“That they would know who they are and just because they’re orphans that doesn’t mean that God doesn’t have an amazing plan for their life, a story he has written for them,” she said. “And then the goal that when they are out on their own, they would have the education and everything else they would need to be successful in their life and to give back to their community. We’d love to raise up some leaders of Haiti that could be there to change their country.”