A celebration of life service for Carole Lynn (Hanson) Fisher, 69, will be at 11 a.m. Saturday at Bayview/Freeborn Funeral Home. Visitation will start at 10 a.m. The Rev. George Marin will officiate. There will be a luncheon following the memorial service. Online condolences are welcome at www.bayviewfuneral.com. 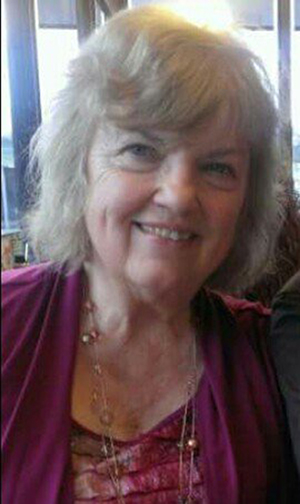 Carole gracefully battled cancer for almost two years before finally being called home by her Heavenly Father. She passed away early Monday, May 4, 2015, in her home in Albert Lea.

She was born on Feb. 7, 1946, in La Crosse, Wisconsin, to Clifford and Evelyn Hanson. Carole grew up in La Crosse. She graduated from Logan High School in La Crosse in 1964. After high school she attended the University of Wisconsin-La Crosse where she studied to get her degree in elementary education.

Carole married Jim Fisher in 1967 in La Crosse. They were happily married for 48 years having just celebrated their anniversary on March 11. Carole and Jim were the best of friends and truly enjoyed the simple things in life. Carole was a member of Grace Christian Church in Albert Lea at the time of her death. Carole enjoyed spending time with her family, watching her grandchildren play, antique shopping and visiting diners in quaint, small towns. Spontaneous road trips, especially along Route 66, were some of Carole and Jim’s favorite things, but most of all, Carole had a strong desire to minister to those who were less fortunate. This desire shaped a lot of how she lived her life.

Carole’s life was turned upside down (or right side up for that matter) when she came to know and accept Jesus as her Lord and Savior. She followed him starting in her mid-20s and continued to grow in her faith in Christ up until the day she went to be with him. Carole always exemplified a confidence and belief in God’s word. This belief impacted the way she lived her life. Carole was not only a woman of faith but a woman of prayer. She prayed daily for her children and grandchildren. Her strongest desire, even in her final days, was that her children and her grandchildren would know and follow Jesus. All those who came to know Carole spoke of her infectious smile, her sweet spirit and her compassion for others.

Carole was preceded in death by her beloved parents Clifford and Evie Hanson.