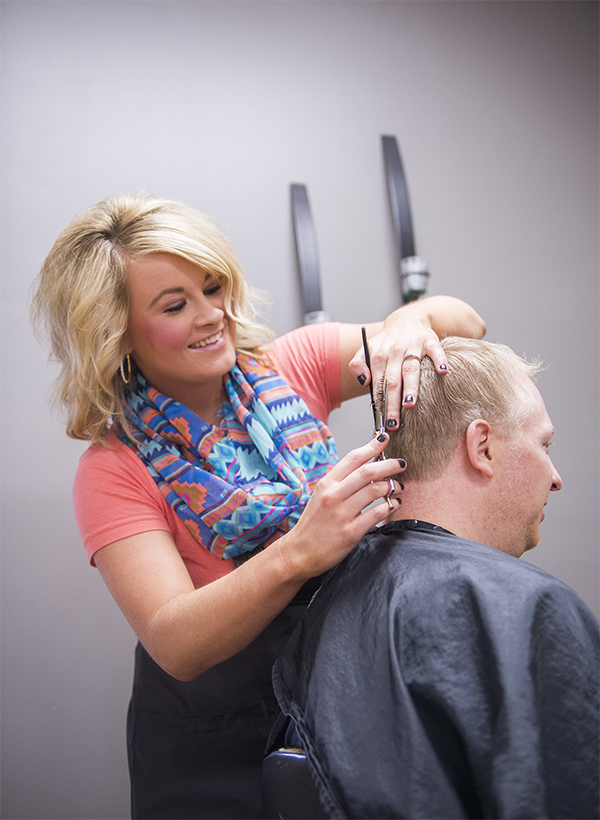 Cuts for a cause

For her one-year anniversary at her job, one Albert Lea hair stylist is giving back to the community and her clients. 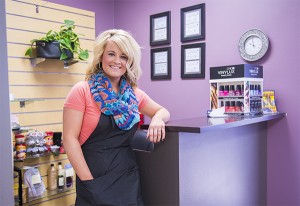 Morgan Meaney has been a hairstylist at Studio 22 Salon in Albert Lea for about one year. She plans to donate profits from her haircuts during the month of May to the American Brain Tumor Association after her stepfather was diagnosed with a brain tumor in November. — Colleen Harrison/Albert Lea Tribune

Morgan Meaney is a stylist at Studio 22 Salon on 2211 E. Main St. Her one-year anniversary is May 15 and she said she wanted to figure out a way to give back to the community that has supported her.

For the month of May, all proceeds Meaney makes from her haircuts will be donated to the American Brain Tumor Association, an idea sparked when her stepfather was diagnosed with a brain tumor last year.

Meaney’s stepfather, Wayne Thompson, was diagnosed with glioblastoma, a brain tumor, in November. Glioblastoma, or GBM, are tumors in the supportive tissues of the brain, according to the American Brain Tumor Association. These tumors are usually very cancerous, and Meaney said they are usually inoperable.

Thompson’s tumor, however, was removed last November, and he hass been undergoing radiation and pill-based chemotherapy ever since, Meaney said.

There is no cure for GBM, and doctors will have to make sure no new tumors develop in Thompson’s brain or anywhere else, Meaney said.

Despite this, she said he has been doing remarkably well.

When Meaney told her stepfather she was planning to donate her haircutting proceeds to the American Brain Tumor Association, she said he was “just floored by it.” 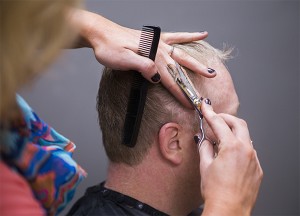 Her coworkers at Studio 22 Salon were also supportive of the idea. Meaney posted on Facebook about her plan, and her coworkers shared the post and told their own clients about it as well.

Meaney said she aims to raise $1,000 to donate, which she said is a lofty goal. However, already on Friday, the first day she began donating her haircutting proceeds, she said she’d raised $350. If that trend keeps moving upward, Meaney said she may up her goal a little bit.

So far, Meaney said the process has been overwhelming with the amount of support she has gotten, as well as the support the community has been giving her parents.

“It makes you look at life differently,” Meaney said. “You value things in life today.”

Meaney, who has been working as a stylist for six years in town, lives in Albert Lea with her 6-year-old daughter, Kayden Matson.