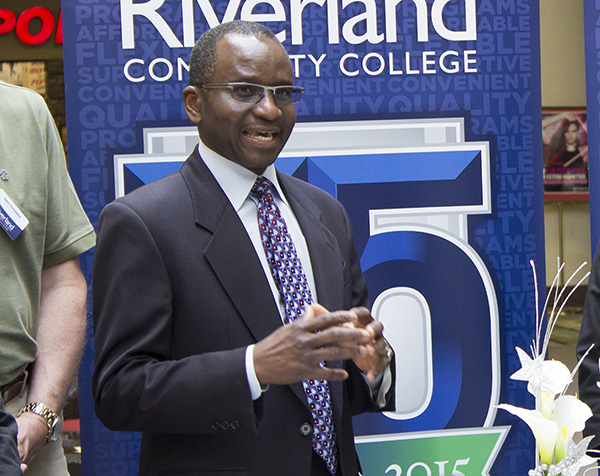 Event drew as many as 500 people in years past

For its 75th anniversary, Riverland Community College will bring back a major Albert Lea event for just this year.

The traditional Riverland gala will return as the capstone event of Riverland Community College’s anniversary. The gala, which was a yearly event to raise money for student scholarships, was canceled in 2003 after 16 years, according to Dean for Institutional Advancement Steve Bowron.

This year’s gala will be from 7 p.m. to midnight Sept. 26 at Northbridge Mall.

In years past, the gala has drawn 500 people to Northbridge Mall, and there was food, music and dancing. It also gave people a chance to dress up.

“It’s a glitzy night if you want to,” said Jean Eaton, gala committee chairwoman. The gala committee consists of community members and former and present Riverland students, instructors and administrators.

Riverland Community College President Adenuga Atewologun said it has been a pleasure to organize the capstone event. 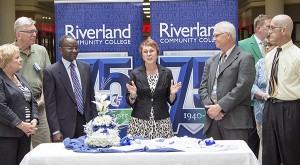 “It’s really a jewel for us,” Atewologun said. “It’s a crowning event.”

The gala was canceled after 2003 because volunteers started to get burned out, according to Ellen Kehr, past president of Riverland’s foundation board.

After the gala was canceled, Bowron said that $270,000 of the money that was raised at previous events was put into an endowment fund, which has since grown to $450,000. Bowron said this has helped many students attend school with scholarships.

Randy Kehr, executive director of the Albert Lea-Freeborn County Chamber of Commerce, said he hopes everyone will come out to the event as there are some interesting things planned. There will be food, dessert and two bands at the gala.

And while this is a traditionally fun event for the community, it’s also meant to support students by raising money for scholarships so they can get the skills they need to succeed.

“We depend on Riverland Community College to create the workforce,” Kehr said.

This event is just happening one time this year, Ellen Kehr said.

“We’ve got to make this really happen for Albert Lea,” she said.

Tickets to the gala will be $75 and will be available online at Riverland’s website later in June. Table sponsorships are also available.