“Did I ever tell you about that guy? You know, that guy that made everyone laugh, who always had a joke to tell, and always told the best stories?”

His name was Ronald H. Clausen. “Ronnie” was born on April 26, 1939, to Herbert and Evelyn (Krueger) Clausen in Mankato. He was raised in the Pemberton area, where he attended school. As he was going into his senior year of high school, he joined the United States Marine Corps in 1958, where he was stationed at Camp Pendleton in California. He served until his honorable discharge in 1961. 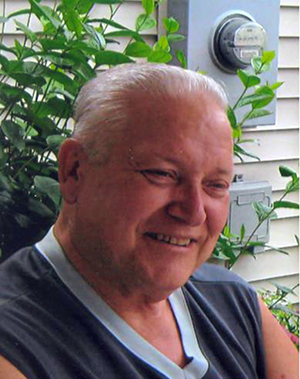 Ronald married the love of his life, Lois (Brandvold), on July 9, 1960, at LeSueur River Lutheran Church in New Richland. “Smartest thing I’ve ever done,” he said. The couple was blessed with 54 years of marriage. “Love ya much,” one Clausen would say to the other. This saying was eventually carried on by their children and grandchildren.

Ronald started his working career as a truck driver, driving for Shurson Trucking, then on and off for David Worke. He drove a belly dump truck for Ulland Brothers Construction for over 35 years. That lifestyle never left him, as he would sit at home and continue to talk over the CB radio to anyone that would listen. Ronald was a faithful member at LeSueur River Lutheran Church. Ronnie was a member of the American Legion, The Masonic Lodge and the Shriners.  He collected many things — from eagles to NASCAR memorabilia to flags. He would often go on many trips with Lois. Lois and Ronnie would do everything together, from decorating the house with Christmas lights to traveling to lutefisk dinners. Ronald will be remembered for a strong, yet caring man that always saw the best in everything and everybody. He had a deep love and appreciation for all of his grandchildren and great-grandson, Apollo, and cherished every moment that he spent with his family.

Memorial services for Ronald H. Clausen will be at 11 a.m. July 1 at LeSueur River Lutheran Church in rural New Richland. The Rev. Brian Gegel will officiate. Burial will follow at the church cemetery. Visitation will be from 4 to 8 p.m. Tuesday at Bonnerup-Friedrich Funeral Home in New Richland, and again one hour prior to the service at the church.