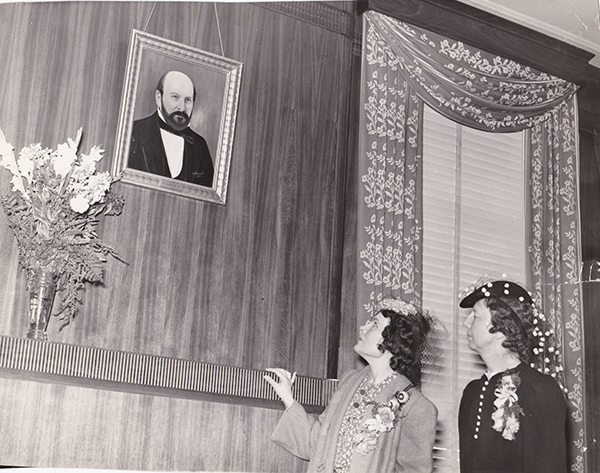 Recent controversy over the Confederate flag has reminded Albert Leans that their city is named for a Confederate officer. Like many issues, this bit of history has more to the story.

It’s true that Lea served in the Confederate Army during the Civil War — a painful decision — especially when his son Edward served and later died for the Union.

Long before Lea was a soldier of the South, he was an explorer of the North. In 1835, he led the Dragoons — marines of the prairie — through the wilderness of what is now southern Minnesota. Lea sketched maps of the areas the Dragoons explored, naming one vast body of water “Fox Lake.” Years later, geographer Joseph Nicollet named it “Albert Lea Lake” when incorporating Lea’s work into maps of the Upper Mississippi River basin. Settlers eventually built a town on the lake, taking its name of Albert Lea.

The city’s namesake was a West Point graduate, U.S. Army officer, explorer, adventurer and the cartographer who first mapped this part of Minnesota and gave the state of Iowa its name. He worked for four presidents, befriended the head of the Confederate Army, was related to a governor, served as a state chief engineer and built railroads through mountains.

Born in Tennessee in 1808, he labored along slaves on the family farm.

At one time, Albert Leans considered changing the town’s name, partly because of Lea’s loyalty to the Confederacy. In 1874, many citizens signed a petition to abandon the name of Albert Lea and submitted it to the Legislature. Locals were tired of explaining and spelling a name that meant nothing to strangers. They were seeking something more descriptive and attractive to visitors and newcomers.

Opponents fired back that Lea’s achievements outshone his home state of Tennessee siding with the Confederacy. They emphasized that local businesses were making the name “Albert Lea” famous throughout the country.

The petition fizzled with the Legislature taking no action. The Freeborn County Standard, one of several newspapers at the time, described the idea — first conceived by a competing newspaper — as “a bombshell hurled into our peaceful midst that nearly blasted Albert Lea off the map.”

A few years later, Albert Lea invited the “Colonel” to visit his namesake city for its 40th anniversary, a sign that local citizens still respected him despite his Confederate service. As the Freeborn County Standard reported in 1879, Lea was met by the mayor, a judge and an attorney upon his arrival in Northwood on the Burlington train. At the Albert Lea depot, citizens and a band greeted him with a reception following at the Hall House. The events included a speech by Lea on the banks of the lake named for him.

Despite his opinions on slavery and service as a “Rebel,” Lea’s accomplishments still shine in history.

“We just have to realize it was the culture of the times and that he was no different than the individuals of that time who owned slaves. It’s part of history for that time period. That’s the perspective the community had when they invited him back. They respected him and the part he played in developing our town. It’s not that we promote it but we accept it as part of history,” Pat Mulso, executive director of the Freeborn County Historical Society, said earlier this year for a Tribune Progress story.

Grainger County in east Tennessee claims Lea as its most famous citizen. He was a friend with Confederate Army leader Robert E. Lee and President Jefferson Davis after overlapping years at West Point. Lea was also related to Texas Gov. Sam Houston.

As a graduate of West Point, Lea was well-educated, noted Mulso. As an officer, he could have adopted an easier lifestyle. Instead, he chose to serve his country, including the 1,100-mile march with the Dragoons from Fort Des Moines into Minnesota and back.

His service in the Confederate Army shows the conflict of loyalty within many Americans and their families at the time.

“Like many other Southern men who held or had held commissions in the United States Army, Lea was compelled to decide between conflicting loyalties — nation and state. As he had signed his report in 1835 ‘A.M. Lea of Tenn.’ so also in 1861 he emphasized his state, and joined the South,” wrote Ruth A. Gallagher for the Minnesota Historical Society in 1935.

With relatives and his admired peers Lee and Davis in the Confederacy, Lea aligned with the South. However, he counseled his son Edward — who had spent some years in the North with relatives after the death of his mother — to make up his own mind. Edward Lea was already serving in the U.S. Navy when the war broke out and he remained with the Union.

Father and son met tragically at the Battle of Galveston in Texas, where Edward was mortally wounded aboard the steam frigate Harriet Lane. When the fighting ceased, Lea boarded the ship with other Confederate officers. He found his son in time for Edward to die in his arms. “My father is here,” were Edward’s last words, and then the epitaph on his tombstone.

“I can’t imagine what it was like to have a child on the other side and the emotions when going aboard that ship,” Mulso said.

Lea loved his family, worked hard and served his country — all things people strive to do no matter the time in history, she said.

“He was always thinking ahead and trying to promote things,” Mulso said. “He had a vision and worked to make it happen.”

Lea attempted many times to turn his engineering skill into business success. But, misfortune and military assignments intervened. He would then return to engineering, finishing his public service career as city engineer in Galveston and then retiring to Corsicana, Texas, where he died at the age of 82 in 1891.

“His innovative grading of rail right-of-way through mountainous terrain, his accurate prediction of a flourishing Iowa, his professorship at East Tennessee University, his concept of a railroad from the Gulf of Mazaltan on the Pacific Coast, his farsighted advocacy of education at the college level for women — these were evidence of a vigorous intellect,” Merryman wrote in his book, “A Hero Nonetheless, Albert Miller Lea, 1808-1891.”

He added, “His attributes of intellect, vision and action, combined with his upright character, cast Lea in a heroic mode. He failed in his attempts to capitalize monetarily on his abilities; he was a hero nonetheless. With the addition of that undefinable something great men have, and a little added luck, he would have been great.”