A celebration of life service for Claire I. Vermedahl of Albert Lea will be at 11 a.m. Thursday at United Methodist Church in Albert Lea. The Rev. Don Malinsky will officiate. Interment will be at 3 p.m. July 29 in Rose Creek Enterprise Cemetery in Austin. July 29 would have been his 80th birthday. Visitation will be from 5 to 8 p.m. Wednesday at Bonnerup Funeral Service in Albert Lea and one hour before the service at the church.

Claire died surrounded by the love of his family on Sunday, July 19, 2015, as a result of lung cancer. 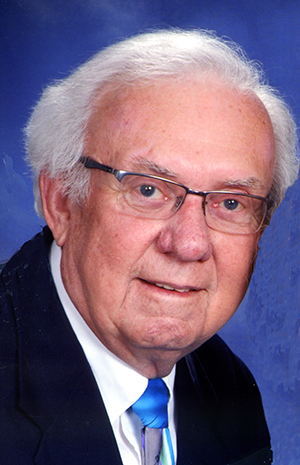 Claire attended country school Norway  No. 4 near Scarville, Iowa, and then graduated from Lake Mills High School. After a year at Luther College, Claire started work at Rilco in Albert Lea. Rilco became Weyerhauser in 1960 and later became ALAMCO Wood Products. Claire returned to Mankato State University and received his degree in business in 1976. In 1982 Claire and nine others purchased  ALAMCO, from which he retired as CEO/CFO  in 2009. Over the years Claire enjoyed serving on many professional boards in the wood product industry.

Claire was a member of Albert Lea United Methodist Church where he volunteered for many jobs, held many offices and was most recently finance chair.

Claire was a great community activist, always supporting and promoting things for the betterment of people and the community. A few of the committees and clubs he enjoyed serving on included the Chamber of Commerce, Naeve Hospital Foundation, Freeborn County Historical Society Board, SCORE, Kiwanis, Civic Music, Elks Club and Eagle’s Club.

He enjoyed his yearly fishing trip to Canada, dancing with his wife, woodworking, his hobby farm in earlier years, driving his 1964 Thunderbird, and restoring and driving his 1949 Oliver tractor in Shinefest and displaying it at the Freeborn County Fair.

Claire enjoyed travelling and saw most of the continental United States and more than 15 countries.

He will be greatly missed by his wife, Ruth; daughter, Martha “Mandi” Vermedahl, of Eden Prairie; son, Ross Vermedahl, and his wife, Marcia, and their children Joanna, John and Jack of Eden Prairie; brother-in-law, the Rev. Wayne Halvorson, of Albert Lea; stepsisters Elaine (Don) Bergan of Lake Mills and Ruth (Al) Lerohl of Hot Springs Village, Arkansas; one niece; four nephews and cousins.

Claire was preceded in death by his parents Clarence and Ida Vermedahl; and sister, Lois Halvorson.

Claire’s kindness, support and forgiveness  was unconditional. He was truly a passionate advocate for all those he loved and all things he cared about.