Heart of the heartland 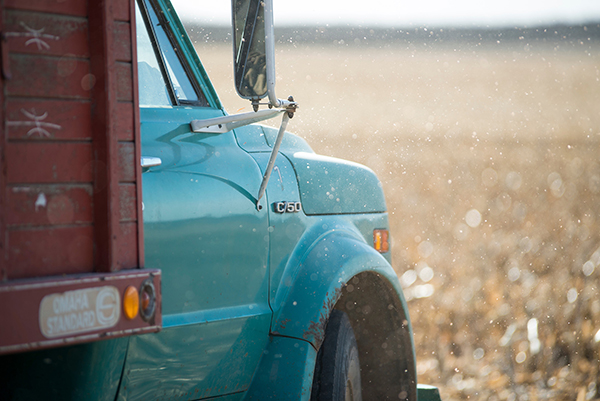 This photo of a grain truck by David A. Parker is one of several rural images in the Heart of the Heartland exhibit at the Freeborn County Arts Initiative. The show includes pieces by artists from Albert Lea to the Twin Cities and from Faribault to La Crosse.

The Midwest is known as the Heartland of the United States.

This is where hard work is valued, food is raised, honesty is expected and families are cherished. These values are reflected in the upcoming Heart of the Heartland exhibit at the Freeborn County Arts Initiative in downtown Albert Lea. The show runs July 7 through Aug. 29 with an artist’s reception from 1 to 4 p.m. July 11. 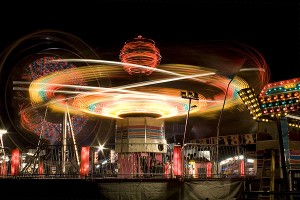 “We want to celebrate the people who are here, to have a show about them,”’ said Susanne Crane, with the Freeborn County Arts Initiative.

This is a juried show, meaning the Arts Initiative chose only pieces that met the exhibit’s criteria from several submissions. The pieces selected are by about a dozen artists from the Twin Cities, Faribault, La Crosse and Albert Lea area. Their works include watercolors, mixed media, photography and wood carvings.

Among them are four photos by David A. Parker of Stillwater. One is of the Jeffers Petroglyphs, which are rock carvings in southwest Minnesota by pre-contact Native Americans, a testament to those who lived on the prairie before the pioneers.

Two others are a barn scene near Stillwater and a grain truck near Fairmont, representing the enduring value of farming the land. The last is a field of soybeans, a more serious interpretation of farming in Minnesota, while a painting of a field of soybeans by Crane is more light-hearted with roots painted on the bottom edge of the canvas and dozens of clouds dotting the sky.

Other works pay homage to the awe of nature with depictions of an eagle, a sunset over a lake and a canoe paddle. In a night photo, the strength of Midwesterners is seen in the metal posture of a windmill with the moon rising above it. Photos of the Linden Township Cemetery in Brown County represent the dedication of rural families to build a life on the prairie. 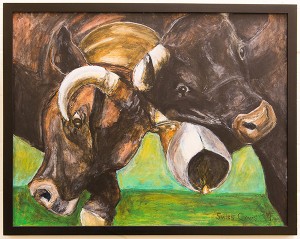 Julie Fakler’s “Swiss Cows” is one of several pieces in the Heart of the Heartland exhibit at the Freeborn County Arts Initiative.

And keeping with the Heartland theme, a beating heart is the subject of an abstract mixed media.

The exhibit and gallery offer a place to feel inspired for modern day struggles or clear the mind of modern day clutter.

“Past, present and future meld in this keen look at the rural experience,” Crane said. “Heart of the Heartland is an exhibition of artwork that expresses all the dreams, ethos and pathos of life on the prairie.”

What: Heart of the Heartland art exhibit