Marvin George Christiansen, 88, of Hartland died Friday, July 3, 2015, at Thorne Crest Senior Living Community in Albert Lea. A memorial service will be at 11 a.m. Saturday at United Methodist Church in Albert Lea. Visitation will be from 3 to 6 p.m. Friday at United Methodist Church in Albert Lea and for one hour prior to the service at the church on Saturday. Bruss-Heitner Funeral Home of Wells is in charge of arrangements. Please see www.brussheitner.com to leave online condolences. 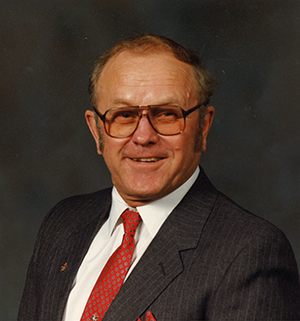 Marvin George was born March 20, 1927, in Freeborn, the son of George and Martha (Stoddard) Christiansen. On Oct. 8, 1946, he was united in marriage to Lois Christensen at Freeborn Congregational Church. Marvin and Lois farmed near Hartland their whole married life. Marvin honorably served his country in the United States Navy. He was a member of United Methodist Church of Albert Lea. Marvin enjoyed golfing, playing cards and woodworking.  He loved spending time with his grandchildren and watching them grow.

He is preceded in death by his parents; wife of 68 years, Lois; and brother, Lyle Christiansen.