Meeting the workforce challenge: A need for workers

As baby boomers age and retire, concerns are rising

Editor’s note: This is the first in an ongoing series about the workforce challenge in Albert Lea and what local organizations are doing to resolve it.

A shortage in skilled workers in the Albert Lea area is causing concern for many community leaders.

Despite what some may think, industries are struggling to find workers, said Valerie Kvale, placement specialist with Workforce Development Inc. Many companies even need to fill multiple positions and are getting frustrated because they might have 75 percent or more of their positions open.

“It’s so easy to lay your head over to the side and say there are no jobs,” Kvale said. “That’s so wrong.” 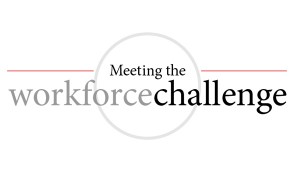 She said the jobs in highest demand are in health care, manufacturing, truck driving and industrial maintenance. Many of the jobs require some college or training.

“From existing employers here in town, almost every one of them is looking for employees,” said Ryan Nolander, executive director of the Albert Lea Economic Development Agency. “Some of those employees need further education or experience and technical skills.”

Some companies, however, simply need a person they can train and who will come to work.

According to www.wantedanalytics.com, a website Kvale uses in her job, there have been 851 job openings posted in Freeborn County in the last 30 days. The website pulls from various sites such as US.jobs, Beyond.com, corporate sites, Craigslist, JobNetwork, among others.

Of the 851 job postings, there were 133 for truck drivers, 32 for registered nurses and 28 for retail supervisors.

She said business owners have expressed concerns about finding job seekers with a strong work ethic, who can pass drug screens and background checks and who understand that depending on their industry they might have to work on a weekend, holiday or second shift.

In addition to businesses already established in Albert Lea and Freeborn County, Nolander said the labor force is the No. 1 question new businesses ask about when they are looking to come to the area.

He said there was a metal-working company out of Michigan that was looking to come here in a new facility and was looking to hire 15 employees. They didn’t think they could find the employees here, so they eliminated the Albert Lea area as an option.

Nolander said he has even had another project looking to hire seven employees, and even that company was worried about finding the employees.

“It’s hard for me to do this job when the workers aren’t there,” he said. “It’s strictly a numbers game, and it’s only going to get worse.”

According to the Minnesota Department of Employment and Economic Development, about 58 percent of Freeborn County’s 31,172 population is of working age, or ages 18 to 64.

The unemployment rate in June was 3.9 percent.

Dan Dorman, executive director of the Greater Minnesota Partnership, said workforce challenges are not just an Albert Lea and Freeborn County concern; they affect most of Greater Minnesota.

“We’re at a point overall in Greater Minnesota, where it isn’t the lack of jobs, it is a lack of workers and where are we going to get them,” Dorman said.

He said about 30 years ago, he thinks society in general started de-emphasizing technical training. Now, many of those technical skills are in high demand.

Nolander said there are several contributing factors to the area’s workforce shortage.

The county’s workers are aging, and the Baby Boomers are retiring. People are also having fewer children, which leads to fewer workers.

“You just don’t have the numbers coming up in the pipeline to fill the jobs that are out there,” Nolander said.

State Demographer Susan Brower said in a presentation in December 2014 that the number of older adults will increase substantially  over the next 20 years. The largest age group presently in Freeborn County is mid-40s to mid-60s in age. By 2035, the largest group will be mid-60s to mid-80s.

Nolander said multiple organizations are coming together under the name of Southeastern Minnesota Together to address the workforce shortage. They will host regional meetings throughout southeastern Minnesota this fall to bring companies, local governments, educational institutions and students together to try to focus on solutions. A meeting is slated for Oct. 8 in Albert Lea.

“It’s a problem that all rural or greater outstate communities are going to have to figure out — how to stay relevant,” he said. “Greater Minnesota — it’s tough right now.”

In the meantime, business leaders in Albert Lea are working to compile a list of open jobs to put on a spreadsheet and send out to colleges and universities in the area.