No live bird shows at county fair this year

The Freeborn County Fair will have no live poultry this year due to the bird flu outbreak, but that doesn’t mean the end of the poultry exhibit.

The changes went into effect Monday, when Megan Thorson, 4-H Club program coordinator with the Freeborn County Extension Office, met with 4-H’ers and their parents.

Normally, 4-H’ers would show their poultry in a showmanship competition and do a one-on-one interview, but Thorson said not all 4-H’ers showing poultry did an interview about poultry. If a 4-H’er showed both cattle and poultry, for example, the 4-H’er could do their interview on cattle. 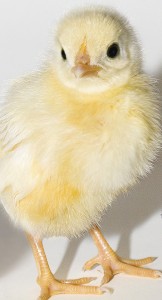 However, since all live poultry exhibits have been removed from county fairs — and even the Minnesota State Fair — this year, 4-H’ers showing poultry have other options to head to the state fair.

While there haven’t been any new cases of the bird flu in over a month, Thorson said 4-H or the Freeborn County Fair didn’t want to be responsible for possibly bringing it back.

This year, 4-H’ers showing poultry can do up to five activities to earn points. The top five 4-H’ers with the most points will go to the state fair as long as they are in sixth grade or above. Younger 4-H’ers, however, still have a chance to attend the livestock auction.

The 4-H’ers will have a one-on-one interview with a judge and talk about the type of poultry they raise at home. This interview is required for all 4-H’ers, Thorson said.

Another area will be showmanship. For the showmanship show, a stuffed, fake chicken will be used in place of a live chicken.

There will also be a poster contest, a demonstration in the Kiddie Barnyard and a poultry exhibit. The only new thing this year, Thorson said, is the poultry exhibit, which is very open. 4-H’ers can make a trifold poster, a scrapbook, a home incubator or a chicken coop that moves on wheels, Thorson said as examples.

Throughout the week there will also be a coloring contest in the poultry barn for children 10 and under. The pictures that are colored will be put up on the poultry barn cages and the public can vote on their favorites. There will be winners each day, she said.

Many other states across the country are also banning live birds due to the avian flu.

Though the Minnesota State Fair will also have no live birds, 4-H’ers can still go to the fair by earning points. At the state fair, there will be similar things such as interviews, a showmanship show and exhibits, Thorson said. There will also be a chicken barbecue contest, as chicken in Minnesota is still good to eat, she said.

Thorson said parents and 4-H’ers are understanding of why the Freeborn County Fair won’t have live birds this year.

“They understand the reasoning behind it, why we can’t have live birds,” she said. “They don’t want to bring this horrible thing back.”

The avian influenza appeared in Minnesota in late February when 15,000 turkeys in Pope County died from the illness. The illness was first spotted in British Columbia, Canada, and then moved down to Washington, Oregon and Idaho as part of the Pacific Flyway, according to Minnesota Public Radio. The first Minnesota case in Pope County was the first case in the Mississippi Flyway.

A USDA report concluded the bird flu was spread to Minnesota and the Midwest through wild birds. There have been no human infections in the outbreak.