Funeral services for Rudolph Anthony Anderson Jr. of Albert Lea will be at 10:30 a.m. Tuesday at Salem Lutheran Church in Albert Lea. The Rev. Mark Niethammer will officiate. Visitation will be from 4 to 7 p.m. Monday at Bonnerup Funeral Service and one hour prior to the service at the church. Interment will be in Graceland Cemetery. 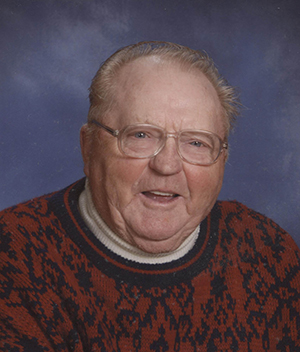 Rudolph was born Nov. 28, 1933, in New Richland, the son of Rudolph O. and Ethel (Anderson) Anderson. He graduated from Ellendale High School in 1951. On Dec. 5, 1953, he was united in marriage to Patricia Mangskau at Salem Lutheran Church in Albert Lea. Rudolph was a resident of Albert Lea most of his life and a member of Salem Lutheran Church, where he had been active as an usher and treasurer and coached the church softball team. He was employed for 31 years at Wilson & Co.  and after retirement, owned and operated rental properties in Albert Lea.

He was preceded in death by his parents; wife, Patricia; brothers Rayfield (Lorraine), Donald, Merlyn and Edward Anderson; and sisters Virginia Anderson and Marjorie Schroeder.