Funeral services for Lloyd G. Mueller will be at 3 p.m. Sunday at Bridge Community Church South, formerly First Baptist on Clark Street in Albert Lea, with military honors accorded by the Albert Lea area veterans organizations. The Rev. Clayton Balsley will officiate. Visitation will take place from 5 to 8 p.m. Saturday at Bonnerup Funeral Service in Albert Lea. Interment will be at 10 a.m. Monday at Geneva Cemetery. 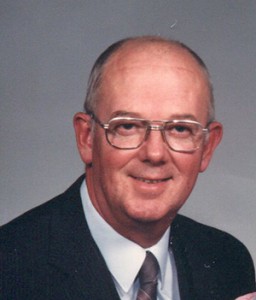 Lloyd George Mueller was born on April 7, 1932, in Newry Township, to George and Eunice (Lester) Mueller. He attended various country schools until the eighth grade, when he went to work to help provide for his family. On Dec. 29, 1951, he was united in marriage to May Hamilton in Sheldon, Wisconsin. To this union, three children were born.

Lloyd was a member of the National Guard when the government federalized Company G  in 1951 to gear up for the Korean War. He served at Camp Rucker, Alabama, and Fort Benning, Georgia, trained as an infantryman and a mechanic. After active service, he remained in the National Guard and was honorably discharged with a rank of staff sergeant, completing eight years of service.

After the military, Lloyd and May moved to Albert Lea to raise their family. He worked many jobs simultaneously throughout his life. He retired in 1989 after over 39 years at Wilson & Co. (later, Farmstead). In retirement, he was employed at Green Lea Golf Course maintaining grounds equipment and carts. He was a handy man with many skills, including mechanic for large and small engines, cabinetmaking, woodworking, remodeling, farming, gardening, fishing, inventing solutions and dispensing solid marriage and life advice. He helped plant, build and maintain churches including Assembly of God, United Pentecostal Church, Philadelphia Christian Center and Grace Christian Church. He was a generous and giving person, helping whenever he could.  In his free time, he and his wife loved to camp and travel, visiting all 50 states, Canada and Mexico. His greatest joy was spending time with his grandchildren and great-grandchildren. He had a well-developed sense of humor and could always find the silver lining in any situation. He loved the Lord.

He is preceded in death by his parents; three great-grandchildren; and a brother, George Mueller.