Michael Phelps back on top as focus turns to Rio Olympics

There is no longer any reason to doubt he’ll have another massive haul in Rio.

Not after an astounding weekend in sweltering San Antonio, where Phelps turned in a performance at the U.S. national championships that re-established his place as the world’s dominant swimmer. 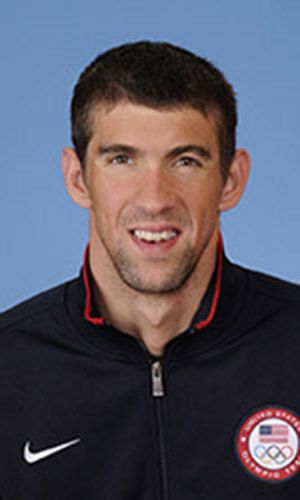 He churned through the water, his body as ripped and fit as ever, producing times that haven’t been seen since the days of the high-tech bodysuits. When rival swimmer Chad le Clos trash-talked from afar, it only made Phelps go faster.

“I did what I came here to do,” he said Monday.

Phelps was barred from the world championships after his second drunken-driving arrest, so he turned the national championships into his biggest meet of the year.

Never mind that this was essentially a junior-varsity event, largely made up of promising youngsters, a few late bloomers and a smattering of big-name swimmers who failed to qualify for worlds.

Hardly the sort of competition that Phelps is used to facing, but he wasn’t concerned about the guy in the next lane. His attention was focused on Kazan, Russia — specifically, the winning times at worlds in the 100-meter butterfly, the 200 fly, and the 200 individual medley.

Phelps was determined to beat them all, to prove to everyone he was the real champion.

Phelps’ times in the fly harkened back to 2009, when rubberized suits made a mockery of the clock. His performance in the 200 IM was faster than anyone has gone since he won gold at the 2012 Olympics.

“I prepared myself for the best and the worst,” he said. “I thought that was something that really made an impact on me being so relaxed. I was ready for anything. That’s something I got back to, something I haven’t done in a while.”

After winning eight gold medals at the 2008 Beijing Olympics, knocking off Mark Spitz’s iconic Olympic record, Phelps had largely accomplished what he wanted to do in the sport by age 23. His training fell off.

There was that notorious tabloid picture of him inhaling from a marijuana pipe. And when he failed to even win a medal in his first event at London, it looked as though his time had passed.

Being Michael Phelps, he bounced back to capture four golds and two silvers at the 2012 Games, making him the most decorated athlete in Olympic history. He retired after his last event in London, with 18 golds, 22 medals overall, and supposedly no desire to keep swimming into his 30s.

Well, here he is, about six weeks removed from his 30th birthday, on top of the game again.

His retirement barely lasted a year. His comeback has hardly been smooth, though. When he was arrested again for DUI last September, Phelps decided to take a long, hard look at himself. He went through six weeks of inpatient therapy, which helped him deal with everything from family dynamics (his parents divorced when he was a child, resulting in a strained relationship with his father) to issues with alcohol.

Phelps vowed not to drink at least through the Rio Games and made a commitment to get in the best shape of his life. That work has clearly paid off. He’s more muscular, more defined. His body didn’t hurt nearly as much as he thought it would after back-to-back-to-back races, though he requires more sleep than he did in his younger days.