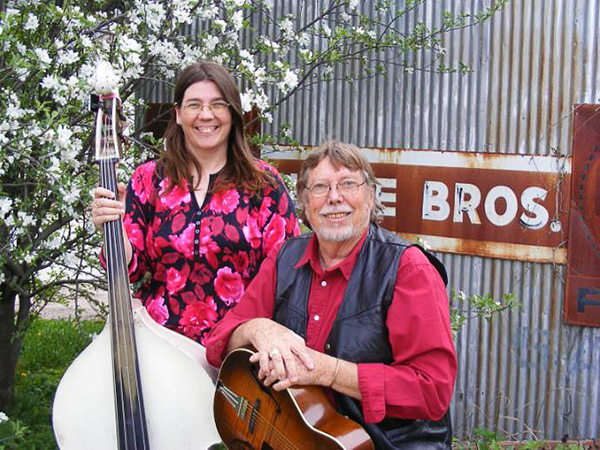 Concert-goers will learn history by song when attending the Traveling Museum of Music by Bob and Sheila Everhart on Tuesday at the Marion Ross Performing Arts Center.

The Everharts, of Anita in western Iowa, created the traveling museum for the Smithsonian, the world’s largest museum and research complex.

The Everharts perform songs that gained popularity during wars the United States fought throughout its history. They intersperse the songs with stories based on their research for the exhibit.

“There’s only one song that’s existed since 1773 that is still known today,” Bob Everhart said. “And that song is ‘Amazing Grace.’ That story is absolutely incredible.”

John Newton, an atheist slave trader who found salvation after riding out a storm in 1748, wrote this popular hymn. He later became an ordained Anglican priest and abolitionist.

Another favorite story: During World War II, cowboy singer Gene Autry was reluctant to record “You are My Sunshine” because he thought the lyrics were too mushy. It later became one of his top hits.

Based on three years of research, the 75-minute show packs history into every note and story, from the meaning of “Yankee Doodle Dandy” lyrics to the Barbary Coast War where the “Marine’s Hymn” was created.

“The show is absolutely unlike anything you’ve ever seen, but the reason for it is to keep a museum alive,” Bob Everhart said.

The Everharts own and operate the Oak Tree Opry in Anita, where weekly concerts keep old time music playing. Across the street is the Pioneer Music Museum, packed with rare instruments and music memorabilia from America’s Old Time Country Music Hall of Fame and Fiddler’s Hall of Fame.

The couple also organizes the National Old Time Music Festival held in Le Mars, Iowa, each year during the last week of August that features more than 600 performers. This year will mark its 40th anniversary, with performers like Roni and Donna Stoneman, Don King, Jerre Haskew, Red Johnson and Glenn Tubb.

According to the Iowa History Journal, the Everharts tour the country and overseas and travel with their daughter, Bobbie Lhea. They also write and record original music that ranges from bluegrass and country to ragtime and western swing for their label Prairie Music Records, maintain the nonprofit National Traditional Country Music Association that Bob Everhart formed in 1975 and the Rural Roots Music Commission and perform at special events as part of the Traveling Museum of Music sponsored by the Smithsonian.

They are devoted to preserving and performing the music of rural America.

“At the Oak Tree Opry in Anita, the sun never sets on old time country, bluegrass and folk music,” Michael Swanger wrote for the Iowa History Journal. “It’s a refuge for real, rural, acoustic, live music where like-minded fans — mostly of retirement age who bring their children and grandchildren — congregate weekly from planting season to harvest time to enjoy music that is largely ignored by the mainstream.”

What: Traveling Museum of Music