Why do chipmunks chip? Could be signal for danger on the ground 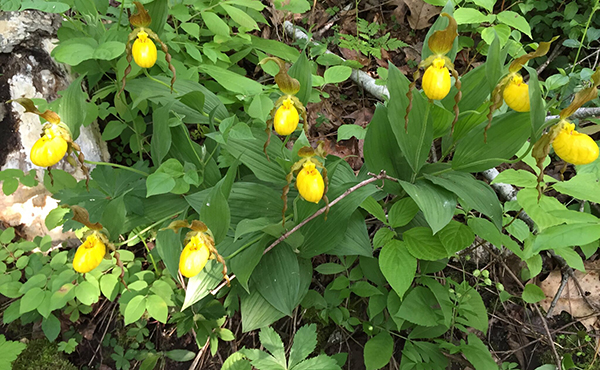 “Everything is nearly copacetic. If early to bed and early to rise makes a man healthy, wealthy and wise, then I just struck out. Three swings and three misses. I like getting up in the broad daylight, when the day is just as high as it is wide. Maybe that’s why my pockets are always the same. There’s never any change in them. All in all, I’ve had a good day. I had a repairman’s bill come in the mail that was lower than his estimate. That doesn’t often happen. History didn’t repeat itself there. I know that history is supposed to repeat itself, but I think that only applies to Mondays. I’m trying to eat better. You know, things like strawberry-bacon yogurt. Do you know what I like on my salad? Mashed potatoes and gravy. I’m eating more salads — macaroni and potato. It’s a bit easier to eat healthier now that Fuzzy’s Fried Chicken Shack is closed on Sundays. Fuzzy wants the chickens to have one more day of life. Besides, Fuzzy has other problems. He put the batteries for his flashlight in backwards and that sucked all the light out of his Chicken Shack.”

I filled the bird feeders. I put out a few peanuts in the shell for the blue jays. I saw or heard no jays as I did so, but they were feeding upon the peanuts before I made it back to the house. Blue jays are definitely not featherbrained. I suspected the blue jays considered me a simple creature that cached food just as they did. They were happy to steal my poorly hidden treasures.

Young blue jays begged to be fed. Goldfinches and house finches spread about the feeding stations. I wondered if all male finches were named Atticus. Young Baltimore orioles bellied up to the grape jelly feeder. It was a real jam session.

I saw a horse fly. It was no big deal. I’ve seen a goldfish bowl. Canada geese were flying, having completed the molt that left them earthbound.

I found a lightning bug sitting out the day on a leaf. There are 15 species of fireflies found in Minnesota. They believe in the adage, “When ya gotta glow, ya gotta glow.” I see their sparkling work beginning in late June or early July. Whenever I see them, I go silent with wonder.

“When do wild turkeys begin to fly?” They fly as early as 10 days of age and are capable fliers by the time they are 18 days old.

“Why do chipmunks chip?” There is a chipmunk that vocalizes in my yard from its perch on the tire of a wheelbarrow. No matter how long it sings, it’s not a tireless singer. Eastern chipmunks communicate via a wide variety of chips, chucks and trills. Warning calls are used by females to alert young. Territorial calls lead to aggressive behavior toward other chipmunks. Chases establish hierarchy among males competing for females. Chipping and chucking are oft-repeated calls. Trills are shorter in duration and are given during pursuit by a predator or a perceived predator, with the likely primary function being to warn family members. Pitch and frequency identify predator types. Some people believe that a chip is made in response to danger on the ground while a chuck means it’s in the air. The chipmunks in our yard (Chip, Dale, Alvin, Simon and Theodore) find haven in our downspouts, but continue to make terrified trills from there. Chipmunks become more vigilant, run more direct and shorter routes and delay exiting burrows after hearing an alarm call.

“You have heard about churches with bats in their bell towers. This is a story about going to church with a sleepy bat and a friendly bird. Jake and I were at Myre-Big Island State Park for the outdoor service, but the hungry mosquitoes were so plentiful in the chapel area the group moved to the park pavilion. Here one side is completely open so we had a breeze and a long view of grass and trees. The pastor-of-the-day led us in song and gave a brief sermon as a couple dozen people sat at picnic tables. A little brown bat clung to the top part of the fireplace chimney and apparently slept through the whole service. A bird—identified by someone as a juvenile brown-headed cowbird—was not a bit sleepy. It sat on the floor of the open side of the pavilion, looked at the situation and decided to join the congregation. For 20 minutes it wandered among us—sometimes on the floor, but often on the picnic tables. Occasionally it would find an edible tidbit, but mostly it moved about in the group, staying just out of hand’s reach. Twice, it brushed the top of a woman’s hair. As the pastor said his final prayer, the cowbird was perched on the lectern, looking right at the speaker. We all enjoyed having the little cowbird as part of our group, and I’m quite sure we all appreciated the fact that the bat did not wake up and try to join us.”

Nature on the radio

“Anything becomes interesting if you look at it long enough.” — Gustave Flaubert

“There are exactly as many special occasions in life as we choose to celebrate.” — Robert Brault