Barbara “Babs” Marshall Fynbo, 95, of Rochester and formerly Chappaquiddick Island, Massachusetts, passed away on Tuesday, Sept. 1, 2015, of natural causes at her home in Shorewood Assisted Living in Rochester. Funeral services will be at 11 a.m. Oct. 31  at Autumn Ridge Church in Rochester. 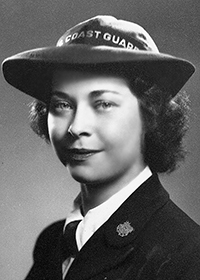 Barbara was born April 20, 1920, in Newton, Massachusetts, to Frank L. Marshall and Mary Cobb Marshall. She was the youngest of four children. She graduated from Needham High School in Needham, Massachusetts. Barbara was married to B.C. Fynbo on Sept. 25, 1948. They divorced after 26 years of marriage, but in the end were close friends.

Barbara enlisted in the United States Coast Guard on April 8, 1943, during World War II. She was enlisted as an apprentice seaman and served in the Bronx, New York, driving officers around New York City. After her honorable discharge on March 9, 1946, Barbara worked for Skinner-Chamberlain Department Store in Albert Lea. It was there that she met B.C. Fynbo; they married and had six children. In 1951, she and B.C started farming in Clarks Grove and continued that for 17 years until a tornado destroyed their farm. Over her varied career, Barbara worked for Jo-Ann Fabrics in Albert Lea, at the Edgartown Hardware Store and as an accomplished independent seamstress in Edgartown, Massachusetts.

Barbara both enjoyed and was well-known for her skill in repairing and refinishing furniture, as well as a variety of other artistic crafts. Growing up, Barbara loved spending summers at her family home on Chappy (Big Camp) and later eagerly anticipated each opportunity to revisit her own home on Chappy (Hill House) with her children, grandchildren and great-grandchildren, all of whom she dearly loved and adored. 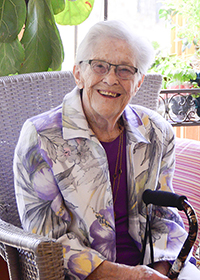 Donations are suggested to Season’s Hospice or any charity of the donor’s choosing.