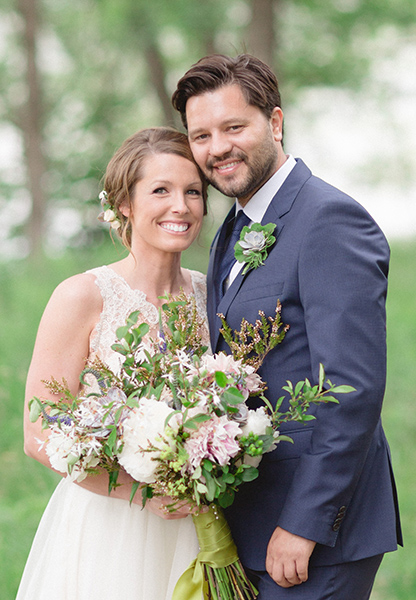 Amy Marka and Grant Neitzell, both of Albert Lea, were married in a double ring ceremony at 4 p.m. June 19, 2015, in Minneapolis. The Rev. Jon Neitzell officiated. A reception followed at Silverwood Park in Minneapolis.

The bride is the daughter of Paul and DeEtta Marka of Albert Lea and the granddaughter of the late Edwin and Tootie Matz and Jim and Donna Marka.

The groom is the son of Jay and Marsha Neitzell of Albert Lea and the grandson of the late LaVern and Kate Neitzell and William and Lillian Bos.

The bride has attended St. Cloud State University to study communication science and disorders and received a master’s degree from St. Thomas University in special education with emphasis in Autism Spectrum Disorders. She is employed as a special education teacher in the Bellevue Public School District.

The groom attended the University of Minnesota to study computer engineering. He is employed as a west coast field engineer at Medtronic Diagnostics.

The couple recently moved to Seattle. They are enjoying their new chapter together by hiking, traveling and exploring the Pacific Northwest.

A honeymoon is planned for December in Thailand.