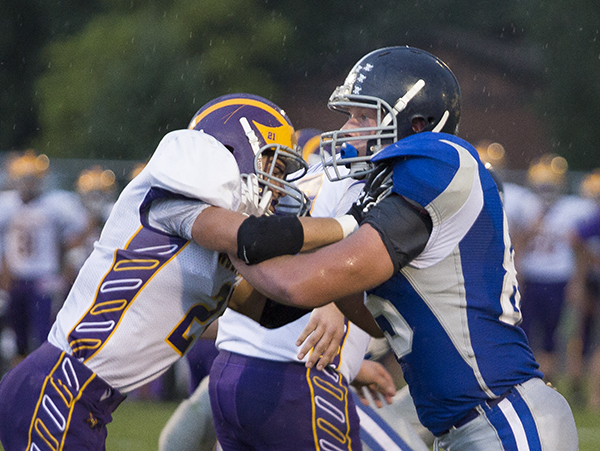 Northwood-Kensett’s Thomas Yezek plays during Friday’s game against West Bend-Mallard at Northwood. Yezek broke his ankle later in the first quarter and had to leave the game. – Colleen Harrison/Albert Lea Tribune

NORTHWOOD — On Friday, every second counted for the Vikings.

The Northwood-Kensett football team edged out a 34-32 win over West Bend-Mallard Friday night at Northwood.

The Vikings faced a setback in the first when senior linebacker Thomas Yezek broke his ankle and had to immediately leave the game.

West Bend-Mallard started off the second quarter with a touchdown, but Northwood-Kensett quickly answered with a 65-yard run by senior Joshua Einertson. Einertson then made a 27-yard touchdown pass to junior Thomas Fick, and the Vikings ended the first half with a 20-20 tie.

“Josh and Tom had a real solid game,” said Capitani. “But overall it was a great team effort.”

The tie continued throughout the third quarter, with another 27-yard touchdown pass between Einertson and Fick being countered with a Wolverine touchdown to extend the tie to 26-26.

West Bend-Mallard scored its last touchdown of the game with 9:23 left in the fourth quarter. Einertson made a 5-yard touchdown pass to Fick with 2:34 left to tie the game, before making another pass to Fick for the two-point conversion. The Vikings then stopped the Wolverines from answering back by shutting them down on the 20-yard line with 20 seconds to go.

“It was a real good win,” said Capitani. In reference to losing Yezek earlier in the game, Capitani said, “It feels better that we came back and got the win for him.”

Next, the Vikings will host Clarksville at 7 p.m. Friday. 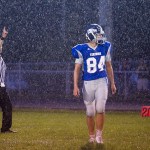 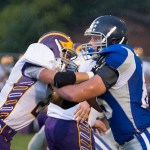 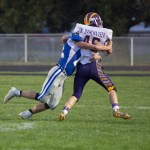 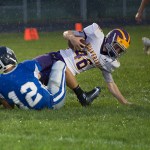