Will Minnesotans really need a new ID to fly? 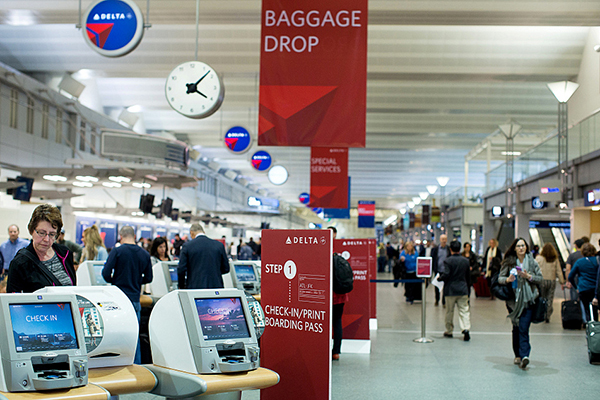 Minnesotans could find themselves unable to use their driver’s licenses to board domestic flights as early as 2016. – Jennifer Simonson/MPR News

A showdown between Minnesota and the federal government over ID card standards could complicate air travel for Minnesotans as early as next year.

If state lawmakers don’t reassess their 2009 stance resisting federal security requirements for ID cards, Minnesotans could find themselves unable to use their driver’s licenses to board domestic flights starting in 2016.

The path to resolving the issue — and avoiding that worst-case scenario — isn’t straightforward, and may require significant cooperation between state and federal authorities.

What’s behind this ID showdown between the state and the feds?

Many states were concerned about privacy and cost implications of the requirements, said state Sen. Scott Dibble, chair of the Senate’s Transportation and Public Safety Committee. In response, the Minnesota Legislature passed a law in 2009 that barred the state from complying with the federal law’s requirements.

“The thinking was that the states band together and try to leverage their influence,” Dibble said. “The concerns are absolutely still valid, but the fact of the matter is that the states did not prevail in this debate, in this negotiation with the federal government.”

Minnesota is now one of four states that is not in compliance with the federal requirement, according to the U.S. Department of Homeland Security.

What does not being compliant with federal ID rules mean for Minnesotans?

The implications go beyond being barred from air travel.

The federal government has been implementing the security requirements in four phases.

State-issued licenses or IDs that are compliant with the Real ID Act are already required at many federal facilities and nuclear power plants. The policy will go into effect at all federal facilities next month, according to a timeline published by the U.S. Department of Homeland Security.

The final step in implementation of the Real ID Act would require people to show a federally recognized form of identification as soon as next year in order to board a domestic flight.

It’s not yet clear how and when the federal government will institute any policy requiring the compliant IDs. It’s important to note that full implementation of the Real ID Act, including requiring a federally approved ID to board a plane, would happen “no sooner than 2016,” said Minnesota Department of Public Safety spokesperson Bruce Gordon.

“They have also said that they will give ample notice before that happens,” Gordon said. “To date, they have not provided that notice.”

What are alternatives to a state-issued ID?

The state does offer an enhanced driver’s license or ID that does meet the Real ID Act requirement for an additional $15, but only 7,048 Minnesotans have requested those IDs, according to the Minnesota Department of Public Safety.

Passports will also be accepted in lieu of a Real ID Act-compliant state-issued ID, although many Minnesotans don’t have valid passports. About 37 percent of U.S. residents have valid passports as of 2014, according to statistics from the Bureau of Consular Affairs.

Should Minnesotans get an alternate ID right away?

This isn’t a done deal yet.

The Minnesota Legislature could vote to overturn the ban. Or lawmakers could hope that the federal government blinks and backs down on the requirement. In either case, it will likely be a debate during the next session.

“To simply close our eyes and not take any action, not even consider having a discussion or debate around these issues, is playing a very interesting game of chicken with the federal government,” Dibble said.

Dibble said that state officials will likely meet with U.S. Department of Homeland Security officials in the coming weeks to discuss the state’s options.

It’s also possible that the federal government could work with the state to ensure that Minnesotans using only state-issued IDs are granted an extension while the state distributed a new compliant ID card.

The commissioner of the Department of Public Safety is prohibited by law from implementing or planning to implement Real ID Act requirements. But Dibble said the fact that the state already issues enhanced IDs means the infrastructure to release the compliant IDs may already be in place.