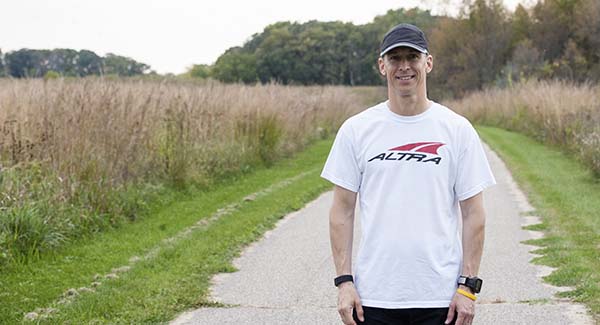 Long-term goals have been the driving force behind the success of Albert Lea runner Jeff Miller.

Miller traced his preparation back to when he joined the Albert Lea cross county team.

“My mindset is to look at things in the long term,” he said. “I focused on it for 18 months, but it wasn’t really 18 months of training. To me, it was 38 years. It’s the culmination of starting to run in ninth grade here in Albert Lea.” 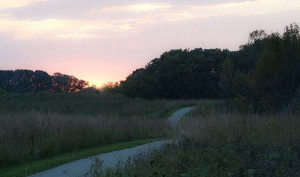 Out of the Superior 100’s 138 male competitors, Miller finished 15th, and he finished first out of 25 runners in the grand master division for runners 50 years old or older.

Marathons are 26.2 miles; anything farther is an ultramarathon.

Although Miller has competed in about 45 career marathons and ultramarathons combined, he said he struggled as a freshman on the Tigers’ cross country team.

“I’m not a natural athlete,” Miller said. “What I jokingly tell people is, ‘I’m German, and I’m too stubborn and bull-headed to recognize that I can’t do it, and I just keep working at it until I do it.’”

In addition to cross country, Miller has a history with cycling. He said he raced from two to five days a week on cycling teams based in Austin and Rochester.

“I was pretty serious about it,” he said. “I raced national class for eight years, but I was ready for a change.”

After a cycling crash, and with 1-year-old daughter Sophie Miller at home, he decided to focus on running.

He paid his way through college by working at Arrow Printing in Albert Lea and currently works as a process improvement manager at J-C Press in Owatonna.

With more than 20 years of experience in the printing field, Miller said he uses data to help the company achieve maximum efficiency.

“I look at how we can better serve our customers and how we can streamline our process,” he said. “You have to get rid of the things that don’t add value to the customer.” 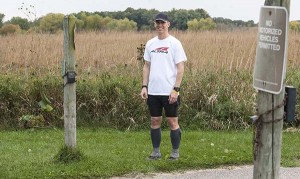 Albert Lea ultramarathon runner Jeff Miller stands near the Blazing Star Trail in Myre-Big Island State Park. Miller did some training on the trail and took 16th out of 161 runners on Sept. 11 and 12 at the Superior 100, a 100-mile race. – Micah Bader/Albert Lea Tribune

“I’ve always got my heart-rate monitor on,” Miller said. “I keep track of what my body is doing. I not only sense and feel, I use information that’s not subjective to validate.”

In addition to his heart rate, Miller said he tracks his cadence — how many steps he takes in a minute — and is eagerly awaiting a tool to be released that keeps track of blood oxygen level during a workout.

With a background in physical fitness, Miller founded I.M. Fitness Training in 2011. Since then, he said he constructed individual training programs for more than 10 people ages 20 to 60.

Instead of spending time in a gym with equipment, Miller said he prefers a jump rope, pull-up bar, a kettlebell and a few 10-pound dumbbells.

Each of Miller’s clients required a different approach, he said.

“Some people can respond well physically to a lot of volume,” Miller said. “Some people can handle high intensity with low volume. I always tell people the most important thing is to find out what works for you.”

Miller said he has been able to increase his volume of running with improved nutrition.

“Five years ago, I was limited to 50 miles a week, and I would be struggling with injuries,” he said. “Now, I can repeat 70- and 80-mile weeks consistently and even over 100-mile weeks one after the other with no injury issues at all.”

The best part of competing in marathons and ultramarathons is the running community, Miller said.

“Unlike other sports I’ve done, trail racing is a lot more like a family,” he said. “I don’t ever see guys playing head games with each other. It’s all about testing yourself. When you hit your low spots, it’s about how you get through them.”