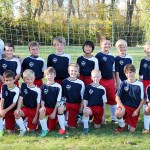 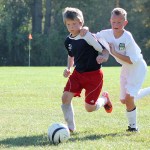 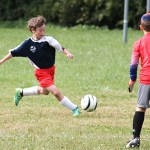 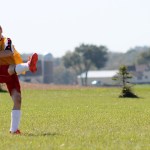 Josh Behrends of the Albert Lea U11 soccer team kicks the ball after making a save against New Prague. Behrends has only given up two goals this season, and Albert Lea is 6-0. — Provided