Clifford Marvin Medina, 91, of Bradenton, Florida, formerly of Albert Lea, passed away Saturday, Oct 3, 2015, at the loving home of his daughter, Mary, and son-in-law, Dan. He was also under the care of hospice.

He was born Sept. 25, 1924, to the late Guadalupe and Joseph Medina in Albert Lea. He graduated from Albert Lea High School in 1942. He joined the Navy and served from April 1942 to September 1951, during World War II and the Korean War. He received medals from the American Theater, Asiatic Pacific Occupation and the Victory. 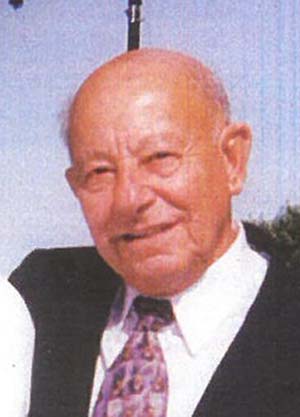 After the service he moved back to Albert Lea and went to work for the Milwaukee Railroad as track inspector. He worked for the railroad for 33 years. He retired in 1985.

He married Charlotte Dilling Sherman on Oct. 15, 1965. He and Char spent several years as snowbirds in Bradenton. He worked part time for Publix Grocery Stores in Bradenton during their snowbird years. They were both active in the Veterans of Foreign Wars Post  No. 447 where Clifford served as post commander. Char served the office of auxiliary president. Clifford’s wife Charlotte died May of 1996. He decided to sell his home in Albert Lea and moved permanently to Bradenton, Florida, after she passed away. He was known for his interesting stories of his past years in the Navy and railroad. He always had a good sense of humor. The family had many great and wonderful memories of him to cherish.

In addition to his wife and parents, he was preceded in death by his stepfather, Frank White; sisters, Mary, Frances, Josephine and Connie; brothers, Fred and Paulie; and granddaughter, Julie Krueger.

The family will receive friends from 4 to 6 pm on Wednesday at Manasota Funeral Home in Bradenton. A funeral service will follow the visitation at 6 p.m. at the funeral home. The Rev. Darrel Hall will officiate.

A graveside service will also take place at Hillcrest Cemetery in Albert Lea at a later date. He will be buried next to his beloved wife, Charlotte.

Memorial contributions may be made in lieu of flowers to the American Cancer Society or to Tidewell Hospice. Condolences may be made to the family at ManasotaMemorial.com.