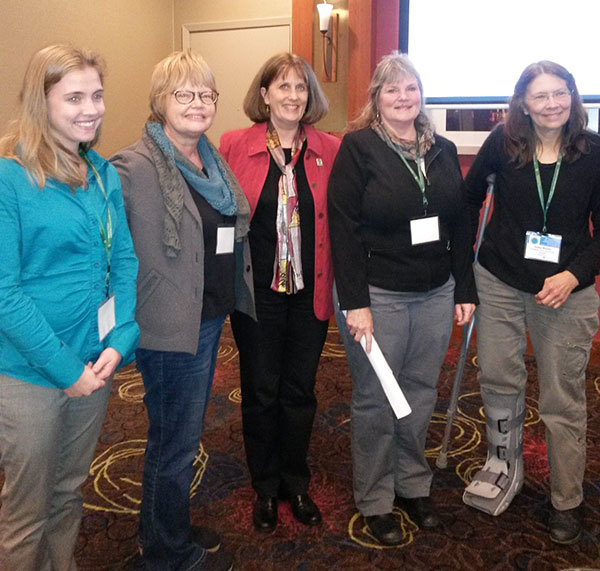 The Minnesota Department of Health awarded Freeborn and Dakota counties as Breastfeeding Friendly Health Departments at a ceremony last week. This was the first time for the award. Pictured are members from Dakota County, along with Cindy Gaudian and Kathy Bloedel from Freeborn County. – Provided

Freeborn County is receiving statewide recognition for its efforts to support breastfeeding mothers.

The gold status indicates exemplary work in supporting and promoting breastfeeding by establishing a breastfeeding-specific working group, adopting a written department wide breastfeeding policy and completing a series of steps, according to a press release.

This is the first year of the Department of Health recognition program, which was created by the state Women, Infants and Children program and the Statewide Health Improvement Program. 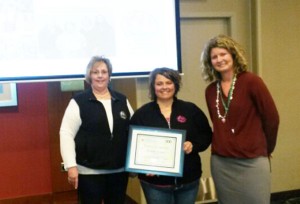 Cindy Gaudian with the Freeborn County Public Health Department said the department started working on implementing the required 10 steps over a year ago. She said there was a core group that met regularly.

She said the county jumped at the chance to be a part of a pilot program across the state for this, and as it grew, it incorporated more partners in the community.

Part of the effort involves collaboration.

“There’s a really big movement nationwide to become breastfeeding friendly,” Gaudian said. “In order for a woman to choose breastfeeding, she has to have really good support.”

She said breastfeeding is one of the most effective measures a mother can take  to protect the health of her infant and herself and that Freeborn County recognizes breastfeeding as the first step toward a lifetime of healthy living.

As part of the effort, the Freeborn County Breastfeeding Coalition formed, which is made up of county workers, employees from Mayo Clinic Health System in Albert Lea and other community members. The coalition has a booth at the Freeborn County Fair, is a part of the women’s health fair and tries to get its message out to people on Facebook.

“When we’re at the fair we get a lot of really good comments,” Gaudian said. 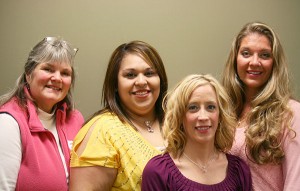 They have also gone out and met with business owners and meet bi-monthly  as a coalition.

They also facilitate access to information and training for local child care centers to support breastfeeding.

Gaudian said there are breastfeeding classes held during both the day and evening, and expecting mothers are educated about these opportunities at their 28-week appointments.

“This program has been going very good,” Gaudian said.

The USDA honored the local program with a Gold Award in July.

Gaudian said if anyone has any issues with breastfeeding or they need support, there are nurses who can visit them at their homes or they can talk to them on the phone.

Freeborn County Public Health can be reached at 377-5100.