Dale W. Redman, 71, of Albert Lea, formerly of Alden, died Thursday, Oct. 15, 2015, at St. Marys Hospital in Rochester. A funeral service will be at 11 a.m. Monday at Redeemer Lutheran Church in Alden, officiated by the Rev. Greg Ofsdahl. Visitation will be from 4 to 7 p.m. today at Bruss-Heitner Funeral Home in Wells and will continue one hour prior to the service at the church on Monday. Interment will be at Alden Cemetery. Military honors will be accorded by the Alden American Legion Post. Bruss-Heitner Funeral Home in Wells is handling the arrangements. To leave an online condolence, please visit www.brussheitner.com. 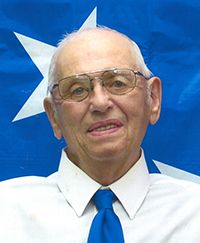 Dale was born Oct. 21, 1943, in Albert Lea, the son of Willis and Marion (Nelson) Redman. He was baptized in 1944 and confirmed in 1957 in United Methodist Church in Wells. Dale lived in the Wells area and attended Wells schools until the ninth grade, after which he moved to the Alden area and attended Alden schools, where he graduated in 1961.

He was united in marriage to Diane Tiede April 24, 1965, at Grace Lutheran Church in Alden.

Dale was employed by Del Monte, Stampers and Wilson & Co. (Farmland) for 35 years. He retired due to health reasons, suffering from rheumatoid arthritis and myotonic dystrophy. He entered the Minnesota National Guard in 1964 and was honorably discharged in 1971. Dale was a member of the American Legion and a past member of the Alden Lions Club. He was a member of Redeemer Lutheran Church of Alden.

Dale loved to hunt and fish, and spent time with his friends visiting. He took great pride in his garden and yard. He was very proud of his family and loved playing with his grandchildren.

Dale is survived by his children Steven of La Crescent and Lori (Jeff) Stenzel of Wells; grandchildren Samantha Kaye of Duluth, Jordan Rae and Jack Steven Clifford, all of La Crescent, and Allyson Ann and Adam Jeffrey of Wells; siblings Wayne (Janet) Redman of Comfrey, Dennis Redman of Conger and Lynette (Charlie) Goodnight of Bricelyn; brother-in-law, Jerry (Judi) Tiede, of Owatonna; and numerous nieces and nephews.

He is preceded in death by his parents and wife, Diane.